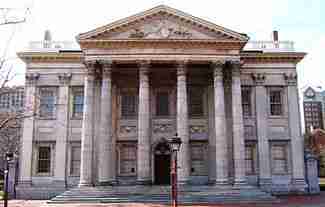 Officially proposed to the first session of the First Congress in 1790, Hamilton’s Bank faced widespread resistance from opponents of increased federal power. Secretary of State Thomas Jefferson and James Madison led the opposition, which claimed that the bank was unconstitutional, and that it benefited merchants and investors at the expense of the majority of the population.