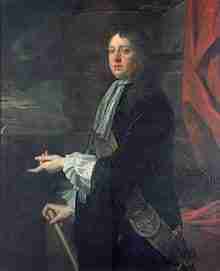 Before the Commonwealth was settled by Europeans, the area was home to the Delaware (also known as Lenni Lenape), Susquehannock, Iroquois, Eriez, Shawnee, and other American Indian Nations. Both the Dutch and the English claimed both sides of the Delaware River as part of their colonial lands in America. The Dutch were the first to take possession, which has impact on the history of Pennsylvania.

By June 3, 1631, the Dutch had started the settlement of the Delmarva Peninsula by establishing the Zwaanendael Colony on the site of present day Lewes, Delaware. In 1638, Sweden heated up the issue by establishing the New Sweden Colony, centered on Fort Christina, on the site of present day Wilmington, Delaware. New Sweden claimed and, for the most part, controlled the lower Delaware River region (Parts of present Delaware, New Jersey and Pennsylvania) but settled few colonists there.

On March 12, 1664, King Charles II of England gave James, Duke of York a grant that included all of the lands included in the original Virginia Company of Plymouth Grant as well as other lands. This grant was – again – in conflict with the Dutch claim for New Netherland, which included parts of today’s Pennsylvania.

On June 24, 1664, The Duke of York sold the portion of his large grant that included present day New Jersey to John Berkeley and George Carteret for a proprietary colony. The land was not yet in British possession, but the sale boxed in the portion of New Netherland on the West side of the Delaware River. The British conquest of New Netherland was commenced on August 29, 1664, when New Amsterdam was coerced to surrender, facing the cannons on British ships in New York Harbor. This conquest continued, and was completed in October 1664, when the British captured Fort Casimir in what today is New Castle, Delaware.

The Peace of Breda between England, France and the Netherlands confirmed the British conquest on July 21, 1667, although there were temporary reversions.

On September 12, 1672, as part of the Third Anglo—Dutch War, the Dutch re-conquered New York Colony/New Amsterdam, the Dutch established three County Courts which went on to become original Counties in present day Delaware and Pennsylvania. The one that later transferred to Pennsylvania was Upland. This was partially reversed on February 9, 1674, when the Treaty of Westminster ended the Third Anglo-Dutch War, and reverted all political situations to the status quo ante bellum. The British retained the Dutch Counties with their Dutch names. By June 11, 1674, New York reasserted control over the outlying colonies, including Upland, but the names started to be changed to British names by November 11, 1674. Upland was partitioned on November 12, 1674, producing the general outline of the current border between Pennsylvania and Delaware.

On February 28, 1681, Charles II granted a land charter to William Penn to repay a debt of £16,000 (around £2,100,000 in 2008, adjusting for retail inflation) owed to William’s father, Admiral William Penn. This was one of the largest land grants to an individual in history. It was called Pennsylvania. William Penn, who wanted it called New Wales or Sylvania, was embarrassed at the change, fearing that people would think he had named it after himself, but King Charles would not rename the grant. Penn established a government with two innovations that were much copied in the New World: the county commission and freedom of religious conviction.

What had been Upland on what became the Pennsylvania side of the Pennsylvania-Delaware Border was renamed as Chester County when Pennsylvania instituted their colonial governments on March 4, 1681. The Quaker leader William Penn had signed a peace treaty with Tammany, leader of the Delaware tribe, beginning a long period of friendly relations between the Quakers and the Indians. Additional treaties between Quakers and other tribes followed. The treaty of William Penn was never violated.

Between 1730 and when it was shut down by Parliament with the Currency Act of 1764, the Pennsylvania Colony made its own paper money to account for the shortage of actual gold and silver. The paper money was called Colonial Scrip. The Colony issued “bills of credit”, which were as good as gold or silver coins because of their legal tender status. Since they were issued by the government and not a banking institution, it was an interest-free proposition, largely defraying the expense of the government and therefore taxation of the people. It also promoted general employment and prosperity, since the Government used discretion and did not issue too much to inflate the currency. Benjamin Franklin had a hand in creating this currency, of which he said its utility was never to be disputed, and it also met with the “cautious approval” of Adam Smith.

After the Stamp Act Congress of 1765, Delegate John Dickinson of Philadelphia, Pennsylvania, wrote the Declaration of Rights and Grievances. The Congress was the first meeting of the Thirteen Colonies, called at the request of the Massachusetts Assembly, but only nine colonies sent delegates. Dickinson then wrote Letters from a Farmer in Pennsylvania, To the Inhabitants of the British Colonies, which were published in the Pennsylvania Chronicle between December 2, 1767, and February 15, 1768.

When the Founding Fathers of the United States convened in Philadelphia in 1774, 12 colonies sent representatives to the First Continental Congress. The Second Continental Congress, which also met in Philadelphia (in May 1775), drew up and signed the Declaration of Independence in Philadelphia, but when that city was captured by the British, the Continental Congress escaped westward, meeting at the Lancaster courthouse on Saturday, September 27, 1777, and then to York. There they drew up the Articles of Confederation that formed 13 independent colonies into a new nation. Later, the Constitution was written, and Philadelphia was once again chosen to be cradle to the new American Nation.