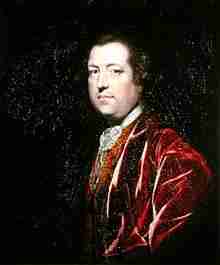 On the 5 of March 1770— the same day as the Boston Massacre—Lord North, the new Prime Minister, presented a motion in the House of Commons that called for partial repeal of the Townshend Revenue Act. Although some in Parliament advocated a complete repeal of the act, North disagreed, arguing that the tea duty should be retained to assert “the right of taxing the Americans”. After debate, the Repeal Act received the Royal Assent on 12 April 1770.

Historian Robert Chaffin argued that little had actually changed: It would be inaccurate to claim that a major part of the Townshend Acts had been repealed. The revenue-producing tea levy, the American Board of Customs and, most important, the principle of making governors and magistrates independent all remained. In fact, the modification of the Townshend Duties Act was scarcely any change at all.

The Townshend duty on tea was retained when the 1773 Tea Act was passed, which allowed the East India Company to ship tea directly to the colonies. The Boston Tea Party soon followed, which set the stage for the American Revolution.