Salem, located at the mouth of the Naumkeag river at the site of an ancient Native American village and trading center, was first settled by Europeans in 1626, when a company of fishermen from Cape Ann led by Roger Conant arrived. Conant’s leadership had provided the stability to survive the first two years, but he was immediately replaced by John Endecott, one of the new arrivals, by order of the Massachusetts Bay Company. Conant graciously stepped aside and was granted {convert|200|acre|km2} of land in compensation. These “New Planters” and the “Old Planters” agreed to cooperate, in large part due to the diplomacy of Conant and Endicott. In recognition of this peaceful transition to the new government, the name of the settlement was changed to Salem, a hellenized form of the word for “peace” in Arabic سلام (salaam) and Hebrew שלום (shalom).

In 1628, Endecott ordered that the Great (“Governor’s”) House be moved from Cape Ann, reassembling on what is now Washington Street north of Church Street. When Higginson arrived in Salem, he wrote that “we found a faire house newly built for the Governor” which was remarkable for being two stories high. A year later, the Massachusetts Bay Charter was issued creating the Massachusetts Bay Colony with Matthew Craddock as its governor in London and Endecott as its governor in the colony. John Winthrop was elected Governor in late 1629, and arrived with the Winthrop Fleet in 1630, beginning the Great Migration.{Citation needed|date=September 2011}

In 1639, Endecott’s was one of the signatures on the building contract for enlarging the meeting house in Town House Square for the First Church in Salem. This document remains part of the town records at City Hall. He was active in the affairs of the town throughout his life. Samuel Skelton was the first pastor of the First Church of Salem, which is the original Puritan church in North America. Endecott already had a close relationship with Skelton, having been converted by him, and Endecott considered him as his spiritual father.

Roger Conant died in 1679, at the age of 87; a large statue commemorating him stands overlooking Salem Common. Salem originally included much of the North Shore, including Marblehead. Most of the accused in the Salem witch trials lived in nearby “Salem Village”, now known as Danvers, although a few lived on the outskirts of Salem. Salem Village also included Peabody and parts of present-day Beverly. Middleton, Topsfield, Wenham and Manchester-by-the-Sea were once parts of Salem.

William Hathorne was a prosperous businessman in early Salem and became one of its leading citizens of the early colonial period. He led troops to victory in King Philip’s War, served as a magistrate on the highest court, and was chosen as the first speaker of the House of Deputies. He was a zealous advocate of the personal rights of freemen against royal emissaries and agents.

Puritans had come to Massachusetts to obtain religious freedom for themselves, but had no particular interest in establishing a haven for other faiths. The laws were harsh, with punishments that included fines, deprivation of property, banishment or imprisonment.

One of the most widely known aspects of Salem is its history of witchcraft allegations, which in many popular accounts started with Abigail Williams, Betty Parris, and their friends playing with a Venus glass and egg. Salem is also significant in legal history as the site of the Dorthy Talbye trial, where a mentally ill woman was hanged for murdering her daughter, because at the time Massachusetts made no distinction between insanity and criminal behavior. The story of the girls in Salem experimenting with fortune-telling is, however, apocryphal.

William Hathorne’s son, Judge John Hathorne, came to prominence in the late 17th century. People generally believed witchcraft to be real. Nothing caused more fear in the Puritan community than people who appeared to be possessed by demons, and witchcraft was a serious felony. Judge Hathorne is the best known of the witch trial judges, and he became known as the “Hanging Judge” for sentencing witches to death.

==Salem and the Revolutionary War==

On February 26, 1775, patriots raised the drawbridge at the North River, preventing British Colonel Alexander Leslie and his 300 troops of the 64th Regiment of Foot from seizing stores and ammunition hidden in North Salem. A few months later, in May 1775, a group of prominent merchants with ties to Salem, including Francis Cabot, William Pynchon, Thomas Barnard, E. A. Holyoke and William Pickman, felt the need to publish a statement retracting what some interpreted as Loyalist leanings and to profess their dedication to the Colonial cause.

During the Revolution, the town became a center for privateering. Although the documentation is incomplete, about 1,700 Letters of Marque, issued on a per-voyage basis, were granted during the American Revolution. Nearly 800 vessels were commissioned as privateers and are credited with capturing or destroying about 600 British ships. During the War of 1812, privateering resumed. 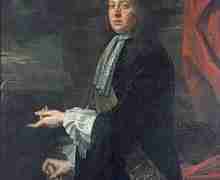