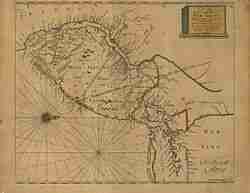 New Jersey’s first state constitution was adopted on July 2, 1776. The American Revolutionary War was underway and George Washington had recently been defeated in New York, putting New Jersey in imminent danger of invasion. With Patriot and Tory factions plotting and battling each other, New Jersey was a state at war and was nearly a state at civil war. Composed in a span of five days and ratified only two days later, during this state of emergency, on July 2, 1776, the New Jersey State Constitution reflects the turbulence and uncertainty of the moment. Its primary objective was to provide a basic governmental framework that would preempt New Jersey’s fall into anarchy. And yet this Constitution served as the charter document for the State’s government for the next 68 years.[4]