The Olive Branch Petition was adopted by the Continental Congress in July 1775 in a final attempt to avoid a full-blown war between the Thirteen Colonies that the Congress represented, and Great Britain. The petition affirmed American loyalty to Great Britain and entreated the king to prevent further conflict. However, the Petition succeeded the July 6 Declaration of Taking up Arms which made its efficacy in London dubious. In August 1775 the colonies were formally declared to be in rebellion by the Proclamation of Rebellion, and the petition was rejected in fact, although not having been received by the king before declaring the Congress-supporting colonists traitors.

When the Second Continental Congress convened in May, of 1775, most delegates followed John Dickinson in his quest to reconcile with King George III of Great Britain. However, a rather small group of delegates led by John Adams believed that war was inevitable. During the course of the Second Continental Congress, Adams and his group of colleagues decided the wisest course of action was to remain quiet and wait for the opportune time to rally the people.

This decision allowed John Dickinson and his followers to pursue whatever means of reconciliation they wanted. It was during this time that the idea of the Olive Branch Petition was approved by the delegates. The Olive Branch Petition was first drafted by Thomas Jefferson, but John Dickinson found Jefferson’s language too offensive. Dickinson rewrote most of the document, although some of the conclusion remained Jefferson’s. Dickinson claimed that the colonies did not want independence but that they merely wanted to negotiate trade and tax regulations with Great Britain. Dickinson suggested the King draw up a final plan or agreement to settle trade disputes. To help the King with his plan, Dickinson suggested that either the colonists be given free trade and taxes equal to those levied on the people in Great Britain, or no taxes and strict trade regulations. The letter was approved on July 5, but signed and sent to London on July 8, 1775. Dickinson had hoped that word of the bloodshed at Lexington and Concord combined with the “Humble Petition” would inspire the King to at least negotiate with the colonists. King George did not agree with the Petition.

Richard Penn and Arthur Lee were dispatched by Congress to carry the petition to London, where, on August 21, they provided Lord Dartmouth, Secretary of State for the Colonies, with a copy, followed on September 1 with the original. However, the King refused to see Penn and Lee or to look at the petition, which in his view originated from an illegal and illegitimate assembly of rebellious colonists.

Instead on August 23 in response to the news of the Battle of Bunker Hill, the King had issued a Proclamation for Suppressing Rebellion and Sedition, declaring the North American colonies to be in a state of rebellion and ordering “all Our officers . . and all Our obedient and loyal subjects, to use their utmost endeavours to withstand and suppress such rebellion.” The proclamation was written before Lord Dartmouth had received a copy of the petition. Because the king refused to receive the petition, the proclamation effectively served as an answer to the petition.

Nevertheless, the Olive Branch Petition still served a very important purpose in American independence. The King’s rejection gave Adams and others who favored revolution the opportunity they needed to push for independence. The rejection of the “olive branch” polarized the issue in the minds of many colonists, who realized that from that point forward the choice was between complete independence or complete submission to British rule, a realization crystallized a few months later in Thomas Paine’s widely read pamphlet, Common Sense. 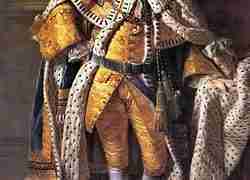