In the early years of the North American colonies, many attempts were made to initiate a postal service. These early attempts were of small scale and usually involved a colony, Massachusetts Bay Colony for example, setting up a location in Boston where one could post a letter back home to England. Other attempts focused on a dedicated postal service between two of the larger colonies, such as Massachusetts and Virginia, but the available services remained limited in scope and disjointed for many years. For example, informal independently-run postal routes operated in Boston as early as 1639, with a Boston to New York City service starting in 1672.

A central postal organization came to the colonies in 1691, when Thomas Neale received a 21-year grant from the British Crown for a North American Postal Service. On February 17, 1691, a grant of letters patent from the joint sovereigns, William and Mary, empowered him:

“to erect, settle, and establish within the chief parts of their majesties’ colonies and plantations in America, an office or offices for receiving and dispatching letters and pacquets, and to receive, send, and deliver the same under such rates and sums of money as the planters shall agree to give, and to hold and enjoy the same for the term of twenty-one years.”

The patent included the exclusive right to establish and collect a formal postal tax on official documents of all kinds. The tax was repealed a year later. Neale appointed Andrew Hamilton, Governor of New Jersey, as his deputy postmaster. The first postal service in America commenced in February 1692. Rates of postage were fixed and authorized, and measures were taken to establish a post office in each town in Virginia. Massachusetts and the other colonies soon passed postal laws, and a very imperfect post office system was established. Neale’s patent expired in 1710, when Parliament extended the English postal system to the colonies. The chief office was established in New York City, where letters were conveyed by regular packets across the Atlantic.

Before the Revolution, there was only a trickle of business or governmental correspondence between the colonies. Most of the mail went back and forth to counting houses and government offices in London. The Revolution made Philadelphia, the seat of the Continental Congress, the information hub of the new nation. News, new laws, political intelligence, and military orders circulated with a new urgency, and a postal system was necessary. Journalists took the lead, securing post office legislation that allowed them to reach their subscribers at very low cost, and to exchange news from newspapers between the 13 states. Overthrowing the London-oriented imperial postal service in 1774-75, printers enlisted merchants and the new political leadership, and created new postal system. The United States Post Office (USPO) was created on July 26, 1775, by decree of the Second Continental Congress. Benjamin Franklin headed it briefly.

Before the Revolution, individuals like Benjamin Franklin and William Goddard were the colonial postmasters who managed the mails then and were the general architects of a postal system that started out as an alternative to the Crown Post. The official post office was created in 1792 as the Post Office Department (USPOD). It was based on the Constitutional authority empowering Congress “To establish post offices and post roads”. The 1792 law provided for a greatly expanded postal network, and served editors by charging newspapers an extremely low rate. The law guaranteed the sanctity of personal correspondence, and provided the entire country with low-cost access to information on public affairs, while establishing a right to personal privacy.

Rufus Easton was appointed by Thomas Jefferson first postmaster of St. Louis under the recommendation of Postmaster General Gideon Granger. Rufus Easton was the first postmaster and built the first post office west of the Mississippi. At the same time Easton was appointed by Thomas Jefferson, judge of Louisiana Territory, the largest territory in North America. Bruce Adamson wrote that: “Next to Benjamin Franklin, Rufus Easton was one of the most colorful people in United States Postal History.” It was Easton who educated Abraham Lincoln’s Attorney General, Edward Bates. In 1815 Edward Bates moved into the Easton home and lived there for years at Third and Elm. Today this is the site of the Jefferson Memorial Park. In 1806 Postmaster General Gideon Granger wrote a three-page letter to Easton, begging him not to partake in a duel with vice-president Aaron Burr. Two years earlier it was Burr who had shot and killed Alexander Hamilton. Many years later in 1852, Easton’s son, Major-General Langdon Cheves Easton, was commissioned by William T. Sherman, at Fort Union to delivery a letter to Independence, Missouri. Sherman wrote: “In the Spring of 1852, General Sherman mentioned that the quartermaster, Major L.C. Easton, at Fort Union, New Mexico, had occasion to send some message east by a certain date, and contracted with Aubrey to carry it to the nearest post office (then Independence, Missouri), making his compensation conditional on the time consumed. He was supplied with a good horse, and an order on the outgoing trains for exchange. Though the whole route was infested with hostile Indians, and not a house on it, Aubrey started alone with his rifle. He was fortunate in meeting several outward-bound trains, and thereby made frequent changes of horses, some four or five, and reached Independence in six days, having hardly rested or slept the whole way.”

To cover long distances, the Post Office used a hub-and-spoke system, with Washington as the hub and chief sorting center. By 1869, with 27,000 local post offices to deal with, it had changed to sorting mail en route in specialized railroad mail cars, called Railway Post Offices, or RPOs. The system of postal money orders began in 1864. Free mail delivery began in the larger cities in 1863. 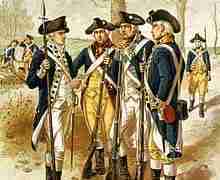 07/08/1776 – Independence – First Public Reading of the Declaration of Independence, Read in Philadelphia 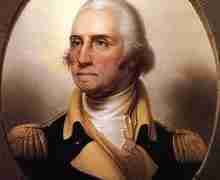