On September 15, Patriot militia seized Fort Johnson, the principal fortification overlooking the Charleston harbor. Governor William Campbell dissolved the provincial assembly, and fearing for his personal safety, fled to the Royal Navy sloop of war {HMS|Tamar|1758|6}. This left the Council of Safety in control of the provincial capital. The council began improving and expanding Charleston’s coastal defenses, and there was a bloodless exchange of cannon fire between Patriot-controlled positions and Royal Navy ships in the harbor on November 11 and 12.

Matters also escalated when the Council of Safety began to organize a large-scale response to the seizure by Loyalists in October of a shipment of gunpowder and ammunition intended for the Cherokee. On November 8 the Council of Safety voted to send Colonel Richard Richardson, the commander of the Camden militia, to recover the shipment and arrest opposition leaders.

While Richardson gathered forces in Charleston, Major Andrew Williamson, who had been recruiting Patriots in the backcountry, learned of the gunpowder seizure. He arrived at Ninety Six early on November 19 with 560 men. Finding the small town to be not very defensible, he established a camp on John Savage’s plantation, which was protected by an improvised stockade and provided a field of fire for the force’s three swivel guns. Loyalist recruiting had been more successful: Williamson had learned that Captain Patrick Cuningham and Major Joseph Robinson were leading a large Loyalist force (estimated to number about 1,900) toward Ninety Six. In a war council that day, the Patriot leaders decided against marching out to face the Loyalists. The Loyalists arrived the next day, and surrounded the Patriot camp.

The leaders of the two factions were in the midst of negotiating an end to the standoff when two Patriot militiamen were seized by Loyalists outside the stockade. This set off a gunfight that lasted for about two hours, with modest casualties on both sides. For two more days the Patriots were besieged, during which there were occasional exchanges of gunfire. The siege ended after a parley in which the Patriot leaders were allowed to lead their forces out of the encampment in exchange for the surrender of their swivel guns, which were later returned. Both sides withdrew, the Loyalists across the Saluda River, and the Patriots down toward Charleston. 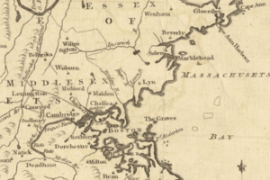 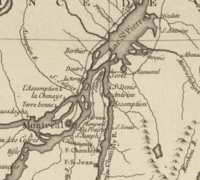