The treaty document was signed in Paris, France, at the Hotel d’York (presently 56 Rue Jacob), by John Adams, Benjamin Franklin, and John Jay (representing the United States), and David Hartley (a member of the British Parliament representing the British monarch, King George III). Benjamin Franklin was a strong proponent of Britain ceding the Province of Quebec (today’s eastern Canada) to the United States because he believed that having British territory physically bordering American territory would cause conflict in the future. Britain, however, refused. 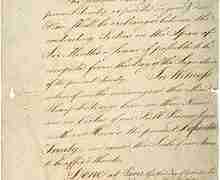 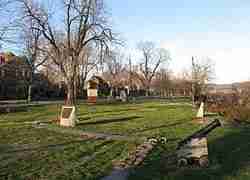