The Second Battle of Ushant was a naval battle fought between French and British squadrons near Ushant on 12 December 1781.

A French convoy sailed from Brest on 10 December with reinforcements and stores for the East and West Indies, protected by a fleet of 19 ships of the line commanded by Comte de Guichen. The British squadron of 13 ships of the line, commanded by Rear Admiral Richard Kempenfelt in HMS Victory, which had been ordered to sea to intercept the expected convoy, sighted the French on 12 December, discovering only then that the protective escort had been strengthened. De Guichen’s fleet was downwind of the convoy, which let the British ships sweep down to capture 15 ships carrying troops and supplies, before the French ships could intervene.

Kempenfelt’s force was not strong enough to attack the 19 French escorts, but fortunately for Britain, the convoy, which had deliberately risked setting sail in the North Atlantic storm season to avoid British forces, was dispersed in a gale shortly afterwards, and most of the ships forced to return to port. Only two of the ships of the line intended for the West Indies arrived with a few transport vessels in time for the Battle of the Saintes in April. When news of the battle reached Britain, the Opposition in Parliament questioned the sending of such a small force against the convoy, and forced an official inquiry into the administration of the Royal Navy. This was the first of a succession of Opposition challenges which would ultimately bring about the fall of the government of Lord North on 20 March 1782 and pave the way for the Peace of Paris (1783), which ended the American Revolutionary War. 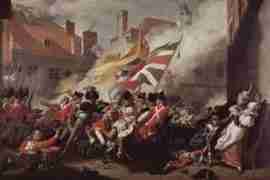 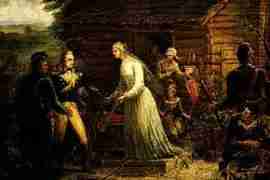 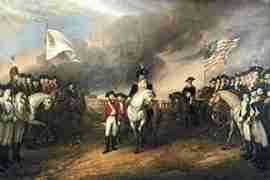