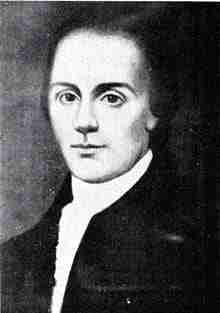 Nash was born in Prince Edward County, Virginia. He read law and was admitted to the bar in Virginia. He also began his political career there, serving in the House of Burgesses from 1761 to 1765, before moving to New Bern, North Carolina. He married the widow of former colonial governor Arthur Dobbs.

Nash was an active supporter of the revolutionary cause. He represented New Bern in the rebel “provincial congress” assembled from 1774, and in 1776 was a member of the committee that drafted the state’s new constitution. He became a member of the North Carolina House of Commons in 1777 (serving as the first Speaker of that house) and the State Senate in 1779.

He was elected Governor by the legislature in 1781. During his brief tenure as governor, North Carolina saw some of its worst conflicts as a battleground in the American Revolutionary War. Unlike his brother Francis, his temper and poor health were poorly suited to the needs of war. This brought him into difficulty with the legislature. The assembly appointed Richard Caswell as commander-in-chief of the militia, even though the constitution assigned this responsibility to the governor. Then in December of 1781 they named a Council Extraordinary that further encroached on his office. Consequently, Nash resigned and went home in the spring of 1782. Thomas Burke was named to replace him.

Later in 1782, North Carolina eased political tensions by sending Nash as a delegate to the Continental Congress. He would serve there the rest of his life, as he died at a session in New York City. Abner was originally buried in St. Paul’s Churchyard in Manhattan, but his body was later returned for burial in a private, family plot in Craven County, North Carolina.

His son, Frederick Nash, was also a lawyer and political leader. He would serve as Chief Justice of the North Carolina Supreme Court.