Abraham Ten Broeck (May 13, 1734{Citation needed|date=December 2007} – January 19, 1810) was a New York politician, businessman, and militia Brigadier General of Dutch descent. He was twice Mayor of Albany, New York and built one of the largest mansions in the area that still stands more than 200 years later.

Abraham Ten Broeck was the son of Dirck Ten Broeck and Margarita Cuyler. His great-grandfathers included former Albany mayors Dirck Wesselse Ten Broeck and Jan Jansen Bleecker. His father was a politician and also served as Albany’s mayor beginning in 1746. Abraham was sent to New York City to learn business with his sister Christina’s husband, Philip Livingston. He was then sent to Europe to learn international business after his father’s death in 1751, returning to Albany in 1752.

Ten Broeck increased his wealth via trade while in Albany. During the 1750s, he was involved in the provincial militia. In 1759, he was elected to the city council and in 1760, he was elected to the Province of New York Assembly while continuing to serve Albany. In November 1763, he married Elizabeth Van Rensselaer, a sister of patroon Stephen Van Rensselaer II and great-granddaughter of the first native-born mayor of New York City, Stephanus Van Cortlandt. By the mid-1760s, Ten Broeck was one of Albany’s wealthiest men. In 1769, his brother-in-law died at age 27 and Ten Broeck was named co-administrator of the Manor of Rensselaerswyck, a position he held until 1784 when his nephew, Stephen Van Rensselaer III, came of age.

He was a member of the New York Provincial Congress from 1775 to 1777 and was its chairman of its Committee of Safety in 1777.

The Ten Broecks lived in a house that was assessed equally with the Schuyler Mansion and Yates Mansion in 1788. In 1797, it was burned in a fire that destroyed several city blocks. Construction was started on the new Ten Broeck Mansion soon after and the family resided there beginning in 1798. The historic mansion still stands in Arbor Hill more than 200 years later. 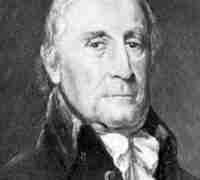