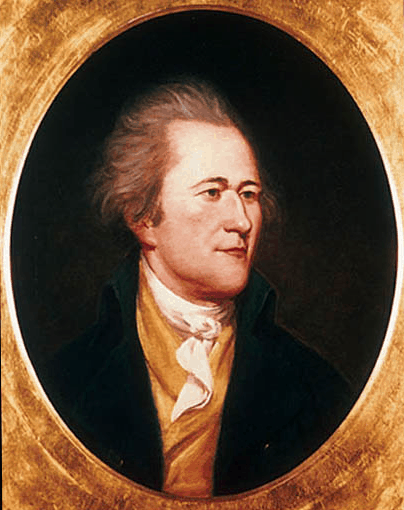 Alexander Hamilton was born in the British West Indies, would come to America and graduate from what is now Columbia University (King’s College at the time), become Captain in the Continental Army, then Aide-de-Camp to General Washington.  He would later serve in Congress, become United States Secretary of the Treasury, designed the first national bank, then become mortally wounded in a deul with Vice-President Aaron Burr, ultimately passing on 04/12/1804.  For source and more details, click here.