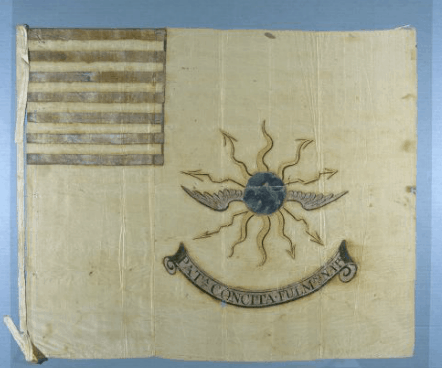 This Guidon is one of only a few known to exist from the Second Regiment of Continental Light Dragoons.  The unit is also known as Tallmadge’s Dragoons, so called after their Major, Benjamin Tallmadge.  Tallmadge would be promoted later in the war and serve as Chief of Intelligence for George Washington, setting up the famous Culper Spy Ring in New York City.  For source and more details, click here.