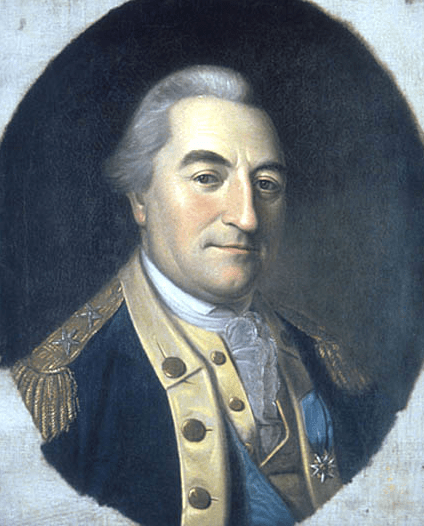 Baron De Kalb was a French military man and the mentor to the Marquis de Lafayette.  He came to America and served both administratively and in field for the Continental Army, ultimately becoming mortally wounded in battle, captured by the British, and passing on 08/18/1780.  For source and more details, click here.