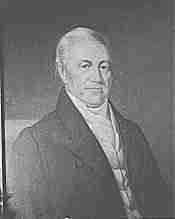 He was born in Chelmsford, Massachusetts, the son of Benjamin and Elizabeth (Merrill) Pierce, as well as a direct descendant of Thomas Pierce (1618–1683), the grandson of Sir Richard Carew, who was born in Norwich, Norfolk, England and settled in the Massachusetts Bay Colony. Benjamin Pierce was a distinguished veteran of the Revolutionary War, serving in the 16th Continental Regiment, which was later renamed the 8th Massachusetts Regiment. He was promoted to Ensign in the 1st Massachusetts Regiment for bravery at Saratoga. He was an original member of the Society of the Cincinnati. Following the war, he moved to Hillsborough, New Hampshire, where he built the Franklin Pierce Homestead, and was assigned the task of forming the Hillsborough County militia. In 1805, he was promoted to Brigadier General and assigned command of the New Hampshire state militia. Prior to becoming governor, he served in the New Hampshire state legislature from 1789 to 1802 and twice as Sheriff of Hillsborough County, from 1809 to 1812 and later from 1818 to 1827. He was a delegate to the state Constitutional Convention in September 1791 and a member of the Governor’s Council from 1803 to 1809 and again in 1814

Benjamin Pierce’s father died when he was six. He subsequently worked on his uncle’s farm until enlisting in Ebenezer Bridge’s Massachusetts regiment on April 26, 1775.

On May 24, 1787, he married Elizabeth Andrews. Their daughter Elizabeth Pierce was born August 9, 1788, but Elizabeth died of childbirth complications four days later on August 13. He married Anna Kendrick (born October 30, 1769) on February 1, 1790 at Amherst, New Hampshire. Together they had eight children:

They remained married until her death on December 7, 1838. He died a year later in Hillsborough, and is buried in the town’s Pine Hill Cemetery.

Benjamin Pierce was an original member of the Massachusetts Society of the Cincinnati with membership inherited through primogeniture. His eldest son, Benjamin Kendrick Pierce, succeeded him as a member in the society in 1841. He was then succeeded by his younger brother, future president Franklin Pierce in 1852, and was later succeeded by Benjamin’s youngest son, Henry Dearborn Pierce in 1873.