Elizabeth “Betty” Zane McLaughlin Clark (July 19, 1765 – August 23, 1823) was a heroine of the Revolutionary War on the American frontier. She was the daughter of William Andrew Zane and Nancy Ann (née Nolan) Zane, and the sister of Ebenezer Zane, Silas Zane, Jonathan Zane, Isaac Zane and Andrew Zane.

Three of the Zane brothers — Ebenezer, Silas and Jonathan — migrated from present-day Moorefield, Hardy County, [West] Virginia in 1769 and founded the first settlement at present-day Wheeling, Ohio County, West Virginia. The rest of the Zane family later joined them at the new settlement.

According to a historical marker in Wheeling, on September 11, 1782, the Zane family was under siege in Fort Henry by American Indian allies of the British. During the siege, while Betty was loading a Kentucky rifle, her father was wounded and fell from the top of the fort right in front of her. The captain of the fort said, “We have lost two men, one Mr. Zane and another gentlemen, and we need black gunpowder.”

Betty Zane’s father had buried a store box of black gunpowder in their cabin. Betty Zane volunteered to leave the fort to retrieve more supplies. Because she was a woman, the enemy would let her go; and she was the only one who knew where her father buried the gunpowder. The opposing forces, seeing a young woman emerge from the fort, let her pass. In her family’s cabin, she filled a tablecloth with gunpowder and ammunition, and transported it back to the fort. The enemy again let her pass. When the enemy realized what she was doing, she was attacked by the Indians and shot at, but she made it safely back into the fort.

The Zane family later settled in what became Martins Ferry, Belmont County, Ohio, across the Ohio River from Wheeling, and played an important role during Ohio’s formative years.

Elizabeth “Betty” Zane was married twice and was a mother of seven children.

Before her first marriage, she bore a daughter, Minerva Catherine Zane, also known as Miriam, by one Van Swearingen. Court records in Ohio County, Virginia show an order for Van Swearingen to deed property to Betty Zane, so the daughter would be provided for and not become a burden on the county.

Betty was buried in what is now the Walnut Grove Pioneer Cemetery in Martins Ferry, Ohio. Her heroism is remembered each year during Betty Zane Pioneer Days.

The community of Betty Zane near Wheeling, West Virginia, was named after her.

More than one hundred years after her deed, John S. Adams wrote a poem called Elizabeth Zane that achieved some acclaim.

Betty Zane’s great-grandnephew, the author Zane Grey, wrote a historical novel about her, titled Betty Zane. One of the main events in the story is the tale of Zane’s fetching supplies from the family cabin. When Grey could not find a publisher for the book, he published it himself in 1903 using his wife’s money. Grey later named his daughter Betty Zane after his famous aunt. 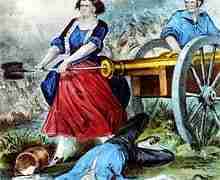 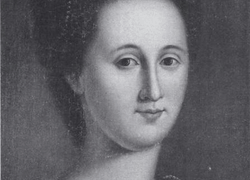