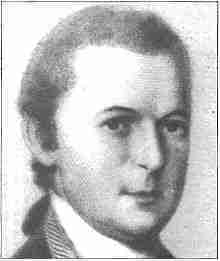 Biddle was a part of the Society of Friends and helped organize the “Quaker Blues”, a company of volunteers.

Biddle’s first marriage was to Mary Richardson on June 6, 1764. They had one child, Francis, who died at childbirth. His second marriage was to Rebekah Cornell, the daughter of Rhode Island Chief Justice Gideon Cornell. They had four children: Frances (died at infancy), Thomas (born June 4, 1776), George Washington (February 21, 1779 – 1812), and Mary (born January 12, 1781).

During the American Revolutionary War, Biddle fought in the Battle of Princeton, the Battle of Brandywine, the Battle of Germantown and the Battle of Monmouth. He was the Commissary General at Valley Forge under George Washington, and his headquarters was at Moore Hall. Biddle resigned from the Army in 1780. In 1781, Biddle was made quarter-master general of the Pennsylvanian troops.

In the 1790 census, Biddle’s jobs were “Notary, Scrivener, and Broker” which made him a rich man.