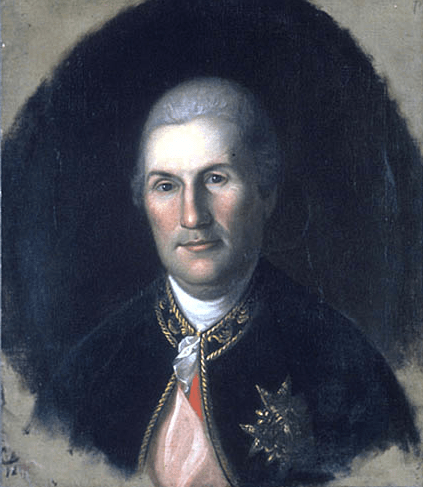 Comte de Rochambeau was born in France.  He served in the French cavalry and later led a large French force that was sent to America in support of the Continental Army.  His military experience and expertise were major factors in the Continental win at Yorktown, and would return to France after the war.  For source and more details, click here.