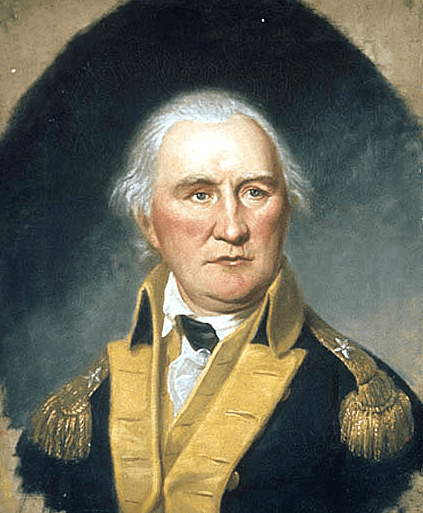 Daniel Morgan was born in New Jersey and would move to Virginia.  He served in the British Army in the French and Indian war, then joined the Continental Army.  He would see much combat in many areas, be captured, wounded, and lead more units to battle.  Later in life he would serve a term in Congress.  For source and more details, click here.