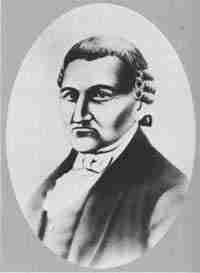 With the outbreak of the American Revolutionary War, Brearley was at first a captain in the Monmouth County militia after having spent many years speaking out against the Parliamentary absolutism. He eventually rose to the rank of colonel in Nathaniel Heard’s New Jersey militia brigade. From 1776 to 1779 he served in the New Jersey Line of the Continental Army, seeing action at Brandywine, Germantown, and Monmouth.

Brearley resigned from the army in 1779 to serve as the New Jersey Supreme Court Chief Justice, succeeding Robert Morris. He decided on the famous Holmes v. Walton case where he ruled that the judiciary had the authority to declare whether laws were unconstitutional or not. He held the seat until 1789.

While at the Constitutional Convention in 1787, he chaired the Committee on Postponed Parts, which played a substantial role in shaping the final document. The committee addressed questions related to the taxes, war making, patents and copyrights, relations with Indian tribes, and Franklin’s compromise to require money bills to originate in the house. The biggest issue they addressed was the presidency, and the final compromise was written by Madison with the committee’s input. They adopted the earlier plan for choosing the president by electoral college, and settled on the method of choosing the president if no candidate had an electoral college majority, which many such as Madison thought would be “nineteen times out of twenty”. The committee also shorted the president’s term from seven years to four years, freed him to seek reelection, and moved impeachment trials from the courts to the Senate. They also created the vice president, whose only role was to succeed the president and preside over the senate. This also transferred important powers from the Senate to the president, who was given the power (which had been given to the senate by Rutledge’s committee) to make treaties and appoint ambassadors. After signing the Constitution in 1787, he headed up the New Jersey committee that approved the Constitution. In 1789, he was a Presidential elector and on September 25, 1789 he was nominated by President George Washington to be the first federal district judge for the United States District Court for the District of New Jersey, a newly created seat. He was confirmed by the Senate on September 25, 1789, and received his commission the following day. He died in that office a few months later.

Brearley was the first Grand Master of the New Jersey Masonic Lodge.

He is buried in the churchyard of Saint Michael’s Episcopal Church in Trenton, New Jersey.

David Brearley High School in Kenilworth, New Jersey, was named in his honor.

Brearly Street in Madison, Wisconsin is named in his honor.

Brearly Crescent in Waldwick, NJ is named in his honor.