Edward Hand (31 December 1744 – 3 September 1802) was an Irish-born soldier, physician, and politician who served in the Continental Army during the American Revolutionary War, rising to the rank of general, and later was a member of several Pennsylvania governmental bodies.

Hand was born in Clyduff, King’s County (now County Offaly), Ireland, on 31 December 1744, and was baptised in Shinrone. His father was John Hand. Among his immediate neighbours were the Kearney family, ancestors of U.S. President Barack Obama [1]. He was a descendant of either the families of Mag Fhlaithimh (of south Ulaidh and Mide) or Ó Flaithimhín (of the Síol Muireadaigh) who, through mistranslation (Flaithimh/Flaithimhín into Láimhín; laimh = hand), became Lavin or Hand [2].

Hand earned a medical certificate from Trinity College, Dublin. In 1767, Hand enlisted as a Surgeon’s Mate in the 18th (Royal Irish) Regiment of Foot. On 20 May 1767, he sailed with the regiment from Cobh, Cork, Ireland, arriving at Philadelphia on 11 July 1767. In 1772, he was commissioned an ensign. He marched with the regiment to Fort Pitt, on the forks of the Ohio River, returning to Philadelphia in 1774, where he resigned his commission.

In 1774, Hand moved to Lancaster, Pennsylvania, where he practiced medicine. On 13 March 1775, he married Catherine Ewing (born 25 March 1751 in Philadelphia, Pennsylvania). Lancaster was the region of some of the earliest Irish and Scots-Irish settlements in Pennsylvania; as a people, they were well known for their anti-English and revolutionary convictions. Hand was active in forming the Lancaster County Associators, a colonial militia.

Hand was a 32nd degree Freemason; belonging to the Montgomery Military Lodge number 14.

He entered the Continental Army as a lieutenant colonel in the Pennsylvania Line. He crossed the Delaware River with George Washington. He was promoted to colonel in 1776 and commanded the 1st Pennsylvania Regiment. He was later promoted to brigadier general in 1777 and served as the commander of Fort Pitt, fighting British loyalist and their Indian allies. He was recalled, after over 2 years at Fort Pitt, to serve as a brigade commander in Major General La Fayette’s division.

After a few months, he was appointed Adjutant General of the Continental Army and served during the siege of Yorktown in that capacity. In recognition of his long and distinguished service, he was, in September 1783, promoted by brevet to major general. He resigned from the Army in November 1783.

Hand returned to Lancaster and resumed the practice of medicine. A Federalist, Hand was active in civil affairs, holding posts that included:

Beginning in 1785, he owned and operated Rock Ford plantation, a {convert|177|acre|km2|sing=on} farm on the banks of the Conestoga River, one mile (1.6 km) south of Lancaster, Pennsylvania. The Georgian brick mansion remains today; the farm is a historic site open to the public. Hand died from cholera at Rock Ford. He is buried in St. James’s Episcopal Cemetery in Lancaster. 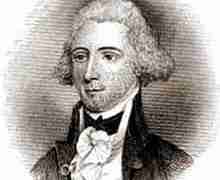