Elias Dayton (May 1, 1737 – October 22, 1807) led a New Jersey regiment during the American Revolutionary War and became a brigadier general. After the war he became the Mayor of Elizabethtown, New Jersey

Dayton was born in Elizabeth, Union County, New Jersey. During the French and Indian War, he served first as a lieutenant and then as a captain in the New Jersey militia. During Pontiac’s War, in 1760, he served as a commander in the Detroit region. After the wars, he returned to Elizabethtown, New Jersey, where he became a mechanic, merchant and colonial official.

In 1774 the First Continental Congress called on the colonies to resist Parliament’s recent tax policy by joining in an association to boycott goods imported from Britain. Dayton served on Elizabethtown’s enforcement committee and allied himself with the local revolutionary movement. When the state turned against Royal Governor William Franklin in 1775, the New Jersey’s Provincial Congress chose Dayton to lead the 3rd New Jersey Regiment.

In the spring of 1776 he and his troops (including his young son Jonathan) were sent to support an invasion of Canada, but were diverted to New York’s Mohawk Valley where Colonel Dayton was put in charge of constructing fortifications to protect the colonists from Loyalist and Indian insurrections. These fortifications included Fort Dayton in what is now Herkimer, New York.

In December 1778, New Jersey named him as a delegate to the Continental Congress, but he remained with the army and did not attend the Congress. He was promoted to brigadier general in the Continental Army in 1783, and later to major general of militia.

He died at age 70 and was interred at the First Presbyterian Churchyard in Elizabeth, New Jersey. 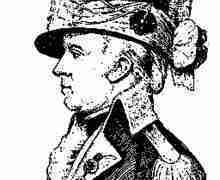