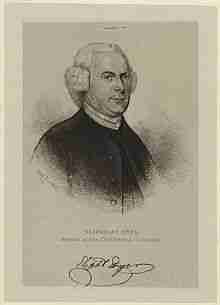 Eliphalet Dyer (September 14, 1721 – May 13, 1807) was a lawyer, jurist, and statesman from Windham, Connecticut. He was a delegate for Connecticut to many sessions of the Continental Congress.

Eliphalet was born in Windham and attended Yale where he graduated in 1740. He read for the law and was admitted to the bar in 1746. He became a member of the militia, then in 1747 was elected justice of the peace and a member of the colonial assembly. He was also involved in several of the land development schemes for the Susquehanna and Wyoming Valley areas.

In the French and Indian War Dyer was a Lt. Colonel in the militia. He was a part of the expedition that captured Crown Point from the French in 1755. In 1758, as a Colonel, he led his regiment to Canada in support of Amherst’s and Wolfe’s operations.

In 1763 he visited London as an agent for the Susquehanna Land Company in a failed attempt to gain title for a colonial venture to the Wyoming region. Connecticut sent Dyer to New York for the Stamp Act Congress. This congress of protest was an important precursor to the American Revolution. In 1766 he was elected a justice of Connecticut’s superior court. He would hold that post until 1793, serving as Chief Justice after 1789.

As the revolution began, Dyer was named to the state’s Committee of Safety, and named a delegate to the Continental Congress in 1774. He would serve in the Congress during 1774-1775, 1777–1779, and 1782-1783. John Adams, in his diary, characterized Dyer as “…longwinded and roundabout, obscure and cloudy, very talkative and very tedious, yet an honest, worthy man; means and judges well.”

Eliphalet retired from public life in 1793. He died at home in Windham on May 13, 1807, and is buried in the Windham Cemetery. His daughter Amelia was married to Joseph Trumbull, who served with Dyer in the Continental Congress. 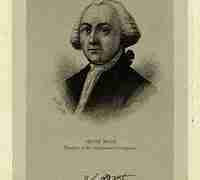 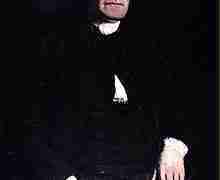