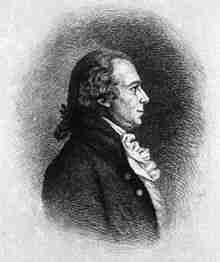 His father was Archibald Dick (b. 1715 Edinburgh – 1782), who was a Major in the Revolutionary army, under Assistant Quartermaster General Frazer. Archibald married Mary Barnard and they had two children: Elisha Cullen Dick, and Thomas Barnard Dick.

Elisha Dick studied with Benjamin Rush, and William Shippen, and graduated from the University of Pennsylvania School of Medicine in 1782, and in October 1793, he married Hannah Harmon (1763–1843), the daughter of Jacob and Sarah Harmon of Marcus Hook, Chester County, Pennsylvania, reported to have been Quakers. Soon afterwards Dr. Dick settled in Alexandria, where he took over the practice of the ailing Dr William Rumney. Thomas Semmes read medicine with him.

In 1794, he commanded a cavalry company during the Whiskey Rebellion. On July 24, 1794, he was among the founders of the Alexandria Library Company.

He lived at 408 Duke Street, Alexandria, Virginia, which he bought from Elizabeth Muir Donaldson for ₤ 2,169. On June 8, 1796, he insured the home, with the Mutual Assurance Society. The house was brick, 32 by {convert|24|ft|m}, and one story high; the house stood between his vacant ground on the east and the west. Outbuildings consisted of a wood kitchen, a wood stable, and a brick smokehouse, the whole valued at $3,700. He used a trust on the home for loans totaling $6,082.

He was Superintendent of yellow fever Quarantine at Alexandria, and corresponded with Governor James Wood, on October 10, 1798.

He was appointed to the Republican Party Committee of Correspondence, in Virginia 1800, along with Roger West, Francis Peyton, Thompson Mason, and Walter Jones, Jr, and he escorted Thomas Jefferson to an election celebration at Gadsby’s Tavern, at March 1801.

In the wake of Gabriel’s Rebellion, Elisha C. Dick said abolition societies tended to produce “the most serious calamities.” Writing to Governor James Monroe, Dick called for: immediate legislative measures … to restrain if not entirely suppress the schools supported by [antislavery advocates, who] are constantly inculcating natural equality among the blacks of every description[;] they are teaching them with great assiduity the only means by which they can at any time be enabled to concert and execute a plan of general insurrection.

Elisha Dick was a fine doctor, but speculated too much in real estate investments. In 1801, he went bankrupt and lost his home at Duke Street in Alexandria. He rented a house at 211 Prince Street from the widow Mary Harper. Despite his financial woes, the town considered him a worthy citizen, and he was chosen justice of the peace and coroner in 1802.

On 10 Apr 1807, he was appointed Magistrate of the Alexandria Court, along with Cathbert Powell by Jonah Thompson, Mayor of Alexandria.

Although raised as an Anglican, he joined the Society of Friends, Alexandria Meeting on 20 February 1812. Following Quaker precepts, he manumitted a slave.

In 1814, he was among the Alexandria delegation to Admiral Cockburn, after the Burning of Washington, during the War of 1812.

In July 1825 he resigned from the Quakers. There had been some controversy regarding his non-attendance at Meeting. At this time he was living at Cottage Farm and perhaps too ill—just two months before his death—to travel to town.

Elisha Cullen Dick died 22 September 1825, at his property Cottage Farm. His casket was placed on a funeral wagon and carried to Alexandria, where he was buried in an unmarked grave in the Friends Burying Ground on Queen Street. His passing was reported in the Alexandria Herald on 30 September 1825. A plaque to him remains at the site, now the Alexandria Library. His inventory of medical paraphernalia was 9 pages long, and brought $461.51 at auction January 13, 1826.

* “Nursing and Lying in of Women, with some remarks concerning the treatment of newborn infants”, Alexandria Gazette, February 28, 1798
* “Yellow Fever at Alexandria”, New York Medical Repository, Vol. i, 1803
* “Facts and Observations about the Disease Cynanche Trachealis, or Croup”, Philadelphia Medical and Physical Journal, Vol. iii, p. 242, 1808

He was a Mason, founding member of the Alexandria Va lodge. In 1789, Dick succeeded General Washington, as Worshipful Master of the Masonic Lodge No. 22, and as such laid the cornerstone of the District of Columbia, at Jones Point in Alexandria, in 1791. With his Lodge as Escort of Honor, he accompanied General Washington, and assisted in laying the cornerstone of the National Capitol in 1793. His duelling pistols are on display in the archives of the George Washington Masonic National Memorial in Alexandria.

If you can eat a good fat duck Come up with us and take pot luck, Of whitebacks we have got a pair So plump, so round, so fat, & fair A London Alderman would fight Through pies and tarts to get one bite. Moreover, we have beef or pork That you may use your knife and fork. Come up precisely at two o’clock The door shall open at your knock. The day tho’ wet, the streets tho’ muddy To keep out the cold we’ll have some toddy. And if, perchance, you should get sick, You’ll have at hand

This unusual missive was addressed to Philip Wanton, Dr. Dick’s good friend, who lived at 216 Prince Street. The original invitation turned up some years ago in a treasure trunk in an old Alexandria attic. It is now on exhibit in the museum of the Stabler-Leadbeater Apothecary Shop.

On December 12, 1799, George Washington spent several hours inspecting his farms on horseback, in snow and later hail and freezing rain. He sat down to dine that evening without changing his wet clothes. The next morning, he awoke with a bad cold, fever, and a throat infection called quinsy that turned into acute laryngitis and pneumonia. Washington died on the evening of December 14, 1799, at his home aged 67, while attended by Dr. James Craik, one of his closest friends, and Tobias Lear V, Washington’s personal secretary. Lear would record the account in his journal, writing that Washington’s last words were “‘Tis well.”

Discovering the case to be highly alarming, and foreseeing the fatal tendency of the disease, two consulting physicians were immediately sent for, Elisha Dick who arrived, at half after three, and Gustavus Richard Brown, at four o’clock in the afternoon: in the mean time were employed two pretty copious bleedings, a blister was applied to the part affected, two moderate doses of calomel were administered, which operated on the lower intestines, but all without any perceptible advantage, the respiration becoming still more difficult and distressing. Upon the arrival of the first of the consulting physicians, it was agreed, as there were yet no signs of accumulation in the bronchial vessels of the lungs, to try the result of another bleeding, when about thirty-two ounces of blood were drawn, without the smallest apparent alleviation of the disease. Vapours of vinegar and water were frequently inhaled, ten grains of calomel were given, succeeded by repeated doses of emetic tartar, amounting in all to five or six grains, with no other effect than a copious discharge from the bowels.

I pronounced decisively that death was inevitable, unless it could be arrested by the operation of tracheotomy, to which I strenuously recommended an immediate resort, as the only expedient that could possibly preserve the life of a man, whose loss every virtuous man in the community would deplore. ” (Then Dr Dick goes on to discuss the unfavorable opinion of Drs. Craik and Brown.) “I know not what might have been the result and it would be presumption to pronounce upon it; but I shall never cease to regret that the operation was not performed.”

Dr. Gustavus Brown later wrote to Dr. James Cralk, January 21, 1800: Sir: I have lately met Dr. Dick again in consultation and high opinion that I formed of him when we were in conference last month, concerning the situation Of our Illustrious friend, has been confirmed. You remember how, by his clear reasoning and evident knowledge of the cause of certain symptoms after the examination of the General, he assured us that it was not really quinsy, which we supposed it to be, but a violent inflammation of the membranes of the throat, which it had almost closed, and which if not immediately arrested would result in his death. You must remember he was averse to bleeding the General, and I have often thought that if we had acted accordingly to his suggestion, when he said, “he needs all his strength – bleeding will diminish it”, and taken no more blood from him, our good friend might have been alive now. But we were governed by the best light we had: we thought we were right, and so we were justified.