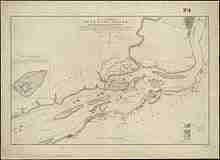 Fort Billingsport, at Billingsport in Paulsboro, Gloucester County, New Jersey, United States, was an early American fort on the Delaware River. The site of the fort is located at the Plains Terminal at the Port of Paulsboro.

The land for the fort was purchased by the Continental Congress on July 5, 1776, the first land purchase made by the United States. The {convert|96|acre|km2|1} site was purchased for 600 pounds. Tadeusz Kościuszko designed the fortifications at the request of George Washington. The fort was constructed by troops from New Jersey, Pennsylvania, South Carolina and Virginia. It was never completed.

The fort fell to the British in 1777 before the Battle of Red Bank.