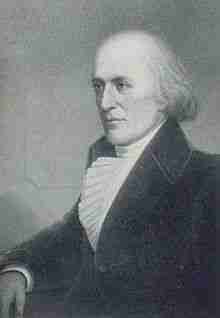 Francis was born in Charlestown, Massachusetts, the son of lawyer Richard Dana. He was educated at Harvard where he graduated in 1762, then read law and was admitted to the bar, after which he built a successful legal practice in Boston.

Being an opponent of the British colonial policy, he became a leader of the Sons of Liberty, and was first elected to Massachusetts’s provincial (revolutionary) Congress in 1774. In 1775 the Continental Congress dispatched him to England in an unsuccessful attempt to reconcile the differences leading to the Revolutionary War. He returned the following year, convinced that a friendly settlement of the dispute was impossible, and was elected a delegate to the Continental Congress in 1777, where he signed the Articles of Confederation in 1778. As a member of the latter body, he became chairman in January 1778 of the committee appointed to visit Gen. George Washington at Valley Forge and confer with him concerning the reorganization of the army. This committee spent about three months in camp, and assisted Washington in preparing the plan of reorganization which Congress in the main adopted. In this year, he was also a member of a committee to consider Lord North’s offer of conciliation, which he vigorously opposed.

Dana left the Congress to accompany John Adams to Paris as a secretary to the diplomatic delegation. In 1780 he was named as American minister to the Russian Empire, and while he never gained official recognition from Catherine II, he remained in St. Petersburg until 1783. After his return, he was again elected to the national congress in 1784. In 1785 Dana was appointed to the Supreme Court of Massachusetts, and served there until 1806, as the Chief Justice after 1791. An earnest advocate of the adoption of the Federal constitution, he was a member of the state convention which ratified it in 1788, and was one of the most influential advisers of the leaders of the Federalist Party, specifically its Essex Junto.

Dana generally retired from public life in 1806. He was a charter member of the American Academy of Arts and Sciences in 1780, and actively supported the growth of Harvard University. His son, Richard Henry Dana, Sr., was an important poet and literary critic as well as a lawyer. His grandson, Richard Henry Dana, Jr. (1815–1882) was a noted lawyer and author who served as U.S. Attorney for Massachusetts and wrote the classic Two Years Before the Mast.

Dana died in Cambridge, Massachusetts and is buried in the Old Cambridge Cemetery.