George Weedon (1734–1793) was an American soldier during the Revolutionary War from Fredericksburg, Virginia. He served as a Brigadier General in the Continental Army and later in the Virginia militia.

Weedon served as a Lieutenant under George Washington in the French and Indian War, mainly assigned to garrison duty in western Virginia.

After the war, he moved to Fredericksburg and opened a tavern. It was within Weedon’s tavern that Thomas Jefferson in January 1777 wrote the Statute of Religious Freedom; the very first document of its kind to acknowledge government recognition of religious tolerance.

In 1775, he was made a Lieutenant Colonel and second in command to Hugh Mercer. They were tasked with creating the 3rd Virginia Regiment, Virginia Line, Continental Army. He was promoted to colonel in 1776 and succeeded Mercer in command of his regiment. On Mercer’s death at Princeton, Weedon was promoted to Brigadier General in 1777 and again succeeded him. He fought in the Battles of Trenton, Brandywine, and Germantown.

In 1778, he resigned after a dispute with the Congress over seniority. He went home to Virginia to lead a brigade of the state’s militia at the request of Governor Thomas Jefferson. He led his militia unit in the Yorktown campaign, where his brigade successfully repelled the feared and infamous unit of Colonel Banastre Tarleton, thus closing the one means of British escape at Gloucester Point.

Otho Holland Williams (March 1, 1749 – July 15, 1794) was a Continental Army officer from Maryland in the American Revolutionary War. He participated in many battles throughout the war in the New York, New Jersey and Southern theaters, eventually ending his career as a Brigadier General.

Born in rural Prince George’s County, Maryland, Williams spent his childhood on Springfield Farm near present day Williamsport. He was orphaned at age thirteen and was put in the care of his father’s brother-in-law, Mr. Ross. Williams took an apprenticeship under Mr. Ross and studied his profession in the Clerk’s office of Frederick, eventually taking charge of the office. At age eighteen, Williams moved to Baltimore and undertook a similar trade. Williams returned to Frederick in 1774 and entered into a commercial life.

In response to Congress’s call for soldiers at the outbreak of the American Revolutionary War in the spring of 1775, Williams joined a Continental Army rifle unit as a commissioned officer. Soon thereafter, he and his unit marched off to the Siege of Boston. Seeing his first significant combat action in late 1776 at the Battle of Fort Washington, Williams was captured by the British and imprisoned in New York. He was released in early 1778 and returned to the Continental Army as colonel of the 6th Maryland Regiment, a position he had acquired during his captivity. From thereafter, Williams led his regiment through much of the southern campaign, most notably in the battles of Camden, Guilford Court House, and Eutaw Springs. Near the end of the War, Williams was sent by his commanding officer General Greene with documents to congress and was promoted to brigadier general in 1782.

After the war, Williams later served as an associate justice for Baltimore County, and as the first commissioner of the Port of Baltimore. He returned to Springfield Farm in 1787, bought the house and the surrounding land, and began laying out the town of Williamsport. In 1792, Washington offered Williams to be Brigadier General of the Army, though he declined due to his failing health. Williams died two years later in 1794 while travelling to Sweet Springs, Virginia.

Otho Holland Williams was born on March 1, 1749, the third generation of his family born on the North American Continent, his ancestors having emigrated from Wales. For the first year of his life, he lived with his parents Joseph and Prudence Williams in Prince George’s County until the family settled at the mouth of the Conecocheague near present day Williamsport. His family home was Springfield Farm, listed on the National Register of Historic Places in 1974. Shortly before Joseph Williams death, he placed his thirteen-year-old son into the care of his brother-in-law Mr.Ross who worked in the Clerk’s office in Frederick County. After studying the duties of the office, Williams took charge of the office himself before moving to Baltimore for similar employment at the age of eighteen. In the spring of 1774, Williams returned to Frederick and entered into commercial life.

On June 14, 1775, upon the call for soldiers by the Continental Congress, Williams joined Capt. Thomas Price’s Independent Rifle Company of Maryland as first lieutenant. The company then marched to the Siege of Boston. Soon after the company’s arrival in Boston, Williams was promoted to the command of the company. By order of the Continental Congress on June 27, 1776, the rifle company was integrated into the Maryland and Virginia Rifle Regiment, with Hugh Stephenson as colonel, Moses Rawlings as lieutenant colonel and Williams as major.

The regiment did not see much action until the Battle of Fort Washington, where Williams was taken prisoner by the British. He was taken to New York, where due to his rank he was permitted to go at large on his parole. During this time in New York, it was common for British officers to amuse themselves by insulting American prisoners with pointed questions such as “What Trade were you of before you entered the service?” When a high ranking British officer asked this question of Williams he replied:

It is suggested that the officer offended by this retort informed William Phillips—then in command of the New York garrison—that Williams was sending military information to George Washington contrary to the terms of his parole. Williams was promptly arrested and confined to a sixteen square foot (1.5 square meter) room without ventilation in the city’s provost jail which he shared with Ethan Allen. Due to possible maltreatment by his captors and malnourishment, his health was affected to the point where he never fully recovered from his imprisonment.

After the surrender of General John Burgoyne after the Battles of Saratoga, Williams was exchanged on January 16, 1778. During his imprisonment, Williams had been promoted to colonel and given command of the 6th Maryland Regiment of the Maryland Line. Shortly after his release, he stated in a letter to the governor of Maryland that the regiment contained “…not above a hundred effective men… and that those are very indifferently clothed.” He further stated: “I heartily desire to join the army as soon as possible but certainly it had better be reinforced by a regiment without a colonel than by a colonel without a regiment.” After joining Washington’s army shortly before the Battle of Monmouth he learned that the regiment was noted for a looseness of discipline and was unable to stand with others in the line during battle. Soon after he took effective command, the 6th Maryland Regiment became known as the equal, if not superior, to any in the whole army.

After the unsuccessful attempt to capture Savannah, Georgia, under the command of General Benjamin Lincoln, the Southern Department of the Continental Army retreated to Charleston, South Carolina. General Sir Henry Clinton moved his forces, surrounded the city where Lincoln’s army was located and cut off any chance of relief for the Continental Army. Prior to his surrender, Lincoln had been able to get messages to General Washington and Congress requesting aid. At the end of April 1780, Washington dispatched General Johann de Kalb with 1,400 Maryland and Delaware troops. The Maryland Line made up a large portion of this force, with Williams serving in the post of Adjutant general to General De Kalb.

General de Kalb’s forces took almost a month to descend the Chesapeake Bay and did not arrive in Petersburg, Virginia until the middle of June, almost a month after Lincoln had surrendered his army. The Continental Congress appointed Horatio Gates to command the Southern Department. He assumed command on July 25, 1780 and immediately marched into South Carolina with the intent of engaging the British Army, now under the command of Charles Cornwallis. Williams served as Deputy Adjutant-General under Gates.

After brief aggressive maneuvering which threatened the British position in the Carolinas, Cornwallis moved his forces to engage the American forces. The two armies met in the Battle of Camden on August 16, 1780, six miles (9.5 km) north of Camden, South Carolina. Due to several tactical errors on the part of General Gates, Cornwallis achieved a decisive victory. Deserted by their commander and facing opposition on all sides, the Continental Army was forced to retreat. During this engagement, Williams had been stationed to the rear of the army and was unable to contribute until the end and General de Kalb was mortally wounded. Prior to his death three days later, de Kalb paid a glowing tribute to the Maryland Troop under his command.

After the successful retreat across the Dan River, during which Williams led his men during many highly successful rear guard actions checking the enemy’s advance and baffling every British attempt to bring the American army into a general engagement, General Nathanael Greene chose to offer battle to General Cornwallis’s forces on March 15, 1781 on ground of his own choosing at Guilford Court House, inside the city limits of present day Greensboro, North Carolina.

Greene, not able to see this part of the battle from his vantage point, had already ordered a retreat. Thus, unsupported, the Maryland troops were soon forced to withdraw. During this retreat the 6th Maryland Regiment under Williams again acted as the rear guard of the army and is credited with holding off the British forces allowing Greene to move his forces to safety. In recognition of Williams’ gallantry, Greene appointed him to the post of Adjutant general of the Army.

The Battle of Eutaw Springs can be divided into two distinct engagements. During the first action, Greene had given the following order to Williams:

Near the close of the War, he was sent by General Greene with dispatches to congress and on May 9, 1782 promoted to Brigadier General.

After the War, Williams returned to Maryland and settled in Baltimore. He was soon appointed Commissioner of the Port by the Governor of Maryland, an appointment that was renewed when George Washington assumed the Presidency of the United States. He was also elected Treasurer of the Society of Cincinnati on November 21, 1783.

In 1786 he married his wife, Mary, the second daughter of William Smith with whom he had four sons. In the year following his marriage, Williams bought his father’s house near the Potomac River and dedicated himself to improving the farm and laying out the town of Williamsport, Maryland, which was named in his honor. Williams wanted the capital of the United States to be located in Williamsport and wrote a letter to Washington to that effect on November 1, 1790 enclosing a map of the town.

Washington thought so highly of Williams that that in 1792, when Daniel Morgan refused the rank of Brigadier General of the American Army, the president had Henry Knox, the United States Secretary of War, write Williams asking him to accept the position. The position would have made Williams the second in command of the American Army, but citing poor health and no ambition for the position, Williams declined the appointment. However, on December 21, 1792, Williams accepted the Maryland State Legislature’s invitation for him to serve as an Associate Justice for Baltimore County.

His health deteriorating, Williams was induced to try the “sea airs” and in 1793 journeyed to Barbados which afforded him some benefits. In 1794 upon reaching Woodstock on his way to Sweet Springs, Virginia Williams became too ill to travel. On Tuesday, July 15, 1794, at the age of 46, Otho Holland Williams died. His remains were interred under a simple monument on the summit of a hill on his Williamsport homestead. His wife died one year later leaving their children orphaned and under the care of her father. 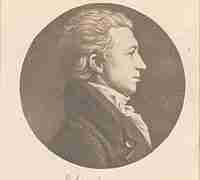 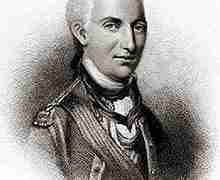