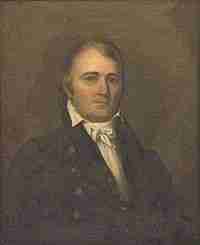 Hardy Murfree (June 5, 1752 – April 6, 1809) was a Lieutenant Colonel from North Carolina during the American Revolutionary War.

Murfree was born at Murfree’s Landing, North Carolina, later renamed Murfreesboro, where he lived for most of his adult life. His parents were William Murfree and Mary Moore. Hardy Murfree’s first name is sometimes spelled “Hardee”, and some of his descendants spell their last name “Murphrey” or “Murphy”.

The town of Murfreesboro, Tennessee, is named after Colonel Hardy Murfree.

Murfree, a lieutenant in the Hertford County militia when the Revolutionary War began, was commissioned on September 1, 1775, as a captain in the 2nd North Carolina Regiment of the Continental Army. The regiment was commanded by Colonel Robert Howe, who was later a major general. Murfree saw action at the Battle of Monmouth on June 28, 1778, and achieved his greatest renown for leading a successful diversionary attack against British defenses in the Battle of Stony Point on July 15, 1779. He was then a major serving under General Anthony Wayne, and was soon thereafter promoted to lieutenant colonel.

On July 17, 1781, British forces led by Banastre Tarleton and Tarleton’s Raiders attacked Maney’s Neck on the Meherrin River near Murfree’s Landing. Murfree led the militia that repulsed the attack at Skinner’s Bridge.

As a young man, Murfree became a member of the North Carolina chapter of the Society of the Cincinnati. He was a Freemason for all of his adult life, active in both North Carolina and Tennessee.

Around 1807 he migrated to Williamson County, Tennessee, living on land granted to him after the American Revolution, and remained there until his death in 1809. In 1811 the Tennessee State Legislature renamed the town of Cannonsburgh to Murfreesboro in his honor.