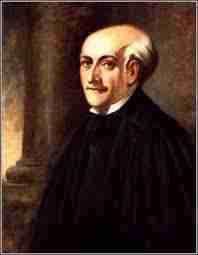 Henry Brockholst Livingston (November 25, 1757 – March 18, 1823) was an American Revolutionary War officer, a justice of the New York Court of Appeals and eventually an Associate Justice of the Supreme Court of the United States.

Born in New York, New York to Susanna French and William Livingston, he received a B.A. from the College of New Jersey, (now Princeton University), in 1774. He inherited the Livingston estate, Liberty Hall (at modern-day Kean University), and retained it until 1798. During the American Revolutionary War he was a lieutenant colonel of the New York Line, serving on the staff of General Philip Schuyler from 1775 to 1777 and as an Aide-de-Camp to Major General Benedict Arnold at the Battle of Saratoga. He was a Private secretary to John Jay, then U.S. Minister to Spain from 1779 to 1782. Livingston was briefly imprisoned by the British in New York in 1782. After the war, Livingston read law to enter the Bar in 1783, and was in private practice in New York City from 1783 to 1802.

Livingston died in Washington, D.C. His remains are interred at Green-Wood Cemetery in Brooklyn, N.Y.