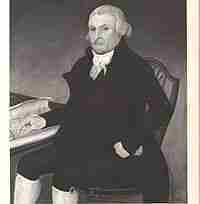 General Henry Champion (March 16, 1751 – July 13, 1836) was born to Colonel Henry Champion and Deborah Brainard. He is a descendant of the Henry Champion who settled in Connecticut in 1647. He sailed to the colony from Norwich, Norfolk, England.

Henry Champion III was born in Westchester, Connecticut, at his family’s magnificent Federal style house which is placed on the National Register of Historic Places. He was the eldest of 7 children born to Col. Champion. His brother General Epaphroditus Champion was born in 1756 and also became a staunch Federalist.

Henry Champion entered into service in the Continental Army at the Lexington Alarm. He served as Ensign for 22 days before being promoted to 2nd Lieutenant of the Eighth Company, Second Regiment on April 26, 1775. In May, he became a 1st Lieutenant of the same. He was one of the men who fought at Bunker Hill. January 1776 be was again promoted to Adjutant on the staff of Col. Samuel Wyllys. One year later, he was Captain of the First Connecticut Line.

July 15, 1779, Captain Champion was detached from his old regiment and appointed Acting Major of the First Battalion Light Brigade. The Light Brigade had been organized by General George Washington to attempt the capture of Stony Point on the Hudson. The corps was composed of men picked from all regiments and under direct command of General Washington. Major Champion continued his career in the army until the close of the Revolutionary War. He was a member of the Connecticut Society of the Cincinnati.

After returning home to Westchester, Gen. Champion entered the life of politics. He was Deputy from Colchester to the Connecticut Assembly in 1789, 1793 to 1798 and 1800-1805. From 1806 to 1817 he held the office of Assistant. From 1813-1828 he was a deacon in a church in Westchester. General Champion always celebrated July 15 which he called Stony Point Day, in due and ancient form at his famous old country seat in Westchester. He obtained a charter for the Phoenix Bank of Hartford, because the State Bank had refused him the accommodation of $2,000. “Well,” said he, “if this bank can’t accommodate me, I will have one that can.”

He was largely interested in the Connecticut Land Company to which he subscribed over $85,000. The towns of Champion, NY and Champion, OH are named in his honor.

After his death, in 1836, the Champion Homestead was sold to the Loomis Family and Henry’s male line had died out in 1865.