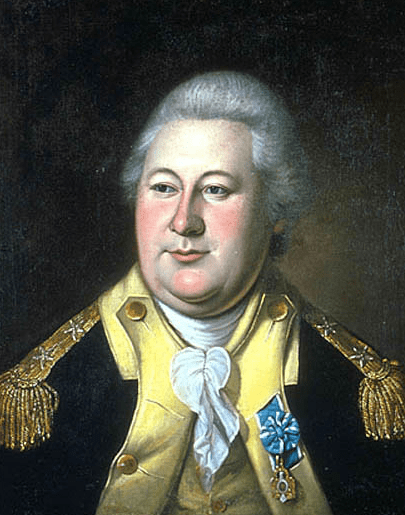 Henry Knox was born in Boston and became a close advisor to General Washington during the Revolutionary War.  He would, for a brief time after General Washington’s retirement, become the Commander-in-Chief of the Continental Army.  For source and more details, click here.