Henry Wisner (c.1720 – March 4, 1790) was an American miller from Goshen, New York. He was a patriot leader during the American Revolution and represented New York in the Continental Congress.

Henry was born around 1720 in Florida, New York and spent his entire life as a resident of Orange County. He built and operated a gristmill in Goshen and became one of the town’s leading citizens.

His family originally came to the USA because a relative named Johannes Weesner moved from the Bodensee in Switzerland to the USA.

Orange County first elected him as a representative to Province of New York Assembly in 1759 and returned him for eleven consecutive years. In 1768 he became a judge in the county’s court of common pleas. When New York created a revolutionary government in 1775, Wisner was sent to the New York Provincial Congress. That body, in turn, named him as a delegate to the Continental Congress where he served through 1776. Wisner was in Congress when the Declaration of Independence adopted, but the New York delegation was not authorized to declare independence, and so Wisner could not take part in the voting. The claim made years later that Wisner was the only member of the New York delegation to vote in favor of independence seems to be without foundation; he did not vote because he could not vote. After the New York delegation was finally authorized to support the Declaration, a signing ceremony took place in August 1776, but Wisner was not present in Congress to sign.

While in Congress, Henry had learned that one of the Continental Army’s difficulties was obtaining powder and shot. When he returned home he built three gunpowder mills in Orange County. At their height he was shipping 1,000 pounds of gunpowder each week to Washington’s army. He later financed the erection of cannon and defensive works overlooking the Hudson River, that blocked the British ability to use the river in the Highlands Region.

In 1784 he founded an Academy in Goshen, and was one of the regents of the University of the State of New York from 1784 to 1787. In 1788, Wisner was a delegate to the state convention called to ratify the U.S. Constitution. He was one of those who opposed ratification, fearing that the strong central government would eventually infringe on state and individual rights.

Henry died at home in Goshen in 1790 and is buried in the Old Wallkill Cemetery in Wallkill, New York. 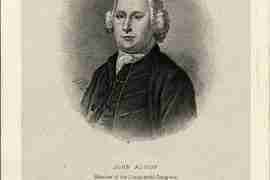 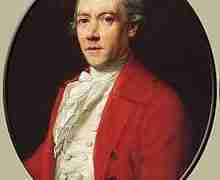 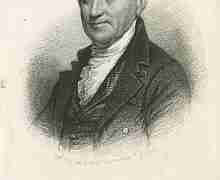