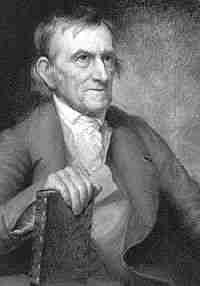 Prior to his term as a representative, he served as a Justice on the Court of Common Pleas and the orphan’s court in Kingston, Pennsylvania from 1780 to 1789. After his term in Congress, he was appointed as an Associate Judge in Bucks County, as which he served until his death in that county on March 25, 1816; he was interred in the graveyard of the Low Dutch Reformed Church, Richboro, Pennsylvania.