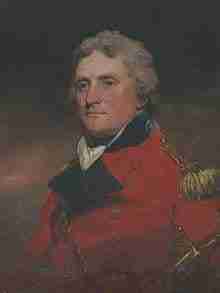 Oakes was also colonel of the 52nd Regiment of Foot.