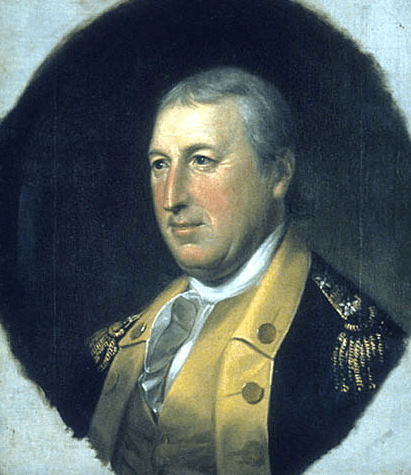 Horatio Gates was born in England and served in the British Army.  In American he bought land in Virginina and would during the Revolutionary War join General Washington’s staff.  For source and more details, click here.