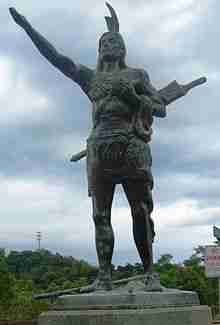 The Mingo people are an Iroquoian group of Native Americans made up of peoples who migrated west to the Ohio Country in the mid-eighteenth century. Anglo-Americans called these migrants mingos, a corruption of mingwe, an Eastern Algonquian name for Iroquoian-language groups in general. Mingos have also been called “Ohio Iroquois” and “Ohio Seneca”. Most were forced to move to Kansas and later Indian Territory (Oklahoma) under Indian Removal programs. Their descendants reorganized as a tribe recognized in 1937 by the federal government as the Seneca-Cayuga Tribe of Oklahoma.

The Mingos were an independent group in the Six Nations of the Iroquois Confederacy: Cayuga nation, Mohawk, Oneida, Seneca nation in Western New York State, Tuscarora, and Onondaga and were mostly Senecas and Cayugas. The etymology of the name Mingo derives from the Delaware Indian’s Algonquian word mingwe or Minque, meaning treacherous. The Mingos were noted for having a bad reputation and were sometimes referred to as Blue Mingos or Black Mingos for their misdeeds. The people who became known as Mingos migrated to the Ohio Country in the mid-eighteenth century, part of a movement of various Native American tribes to a region that had been sparsely populated for decades but controlled as a hunting ground by the Iroquois. The “Mingo dialect” that dominated the Ohio valley from the late 17th to early 18th centuries is considered a variant most similar to the Seneca language.

After the French and Indian War (1754-1763), the Cayuga moved to Ohio, where the British granted them a reservation along the Sandusky River. They were joined there by the Shawnee of Ohio and the rest of the Mingo confederacy. Their villages were increasingly an amalgamation of Iroquoian Seneca, Wyandot and Susquehannock; and Algonquian-language Shawnee and Delaware migrants.

Although the Iroquois Confederacy had claimed hunting rights and sovereignty over much of the Ohio River Valley since the late 17th century, these people increasingly acted independently. When Pontiac’s Rebellion broke out in 1763, many Mingo joined with other tribes in the attempt to drive the British out of the Ohio Country. At that time, most of the Iroquois nations were closely allied to the British. The Mingo-Seneca Chief Guyasuta (c. 1725–c. 1794) was one of the leaders in Pontiac’s War.

Another famous Mingo leader was Chief Logan (c. 1723–1780), who had good relations with neighouring white settlers. Logan was not a war chief, but a village leader. In 1774, as tensions between whites and Indians were on the rise due to a series of violent conflicts, a band of white outlaws murdered Logan’s family. Local chiefs counseled restraint, but acknowledged Logan’s right to revenge. Logan exacted his vengeance in a series of raids with a dozen followers, not all of whom were Mingos. His vengeance satisfied, he did not participate in the resulting Lord Dunmore’s War, and was probably not at the climactic Battle of Point Pleasant. Rather than participate in the peace conference, he expressed his thoughts in “Logan’s Lament.” His speech was printed and widely distributed. It is one of the most well-known examples of Native American oratory.

By 1830, the Mingo were flourishing in western Ohio, where they had improved their farms and established schools and other civic institutions. After the US passed the Indian Removal Act in that same year, the government pressured the Mingo to sell their lands and migrate to Kansas in 1832. In Kansas, the Mingo joined other Seneca and Cayuga bands, and the tribes shared the Neosho Reservation.

In 1869, after the American Civil War, the US government pressed for Indian removal to Indian Territory (present-day Oklahoma). The three tribes moved to present-day Ottawa County, Oklahoma. In 1881, a band of Cayuga from Canada joined the Seneca Tribe in Indian Territory. In 1902, shortly before Oklahoma became a state, 372 members of the joint tribe received individual land allotments under a federal program to decrease common tribal land holdings and encourage assimilation to the European-American model.

In 1937 after the Oklahoma Indian Welfare Act, the tribes reorganized. They identified as the Seneca-Cayuga Tribe of Oklahoma and became federally recognized. Today, the tribe numbers over 5,000 members. They continued to maintain cultural and religious ties to the Six Nations of the Iroquois.