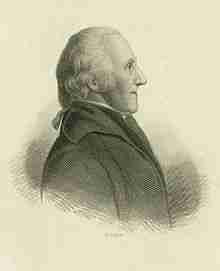 He was born in Ulster County in the colony of New York, in a location now part of Orange County, New York. He was the grandson of James Clinton a soldier in Oliver Cromwell’s New Model Army and the son of Charles Clinton, an Anglo-Irish colonist and a colonel in the French and Indian War. He was the brother of George Clinton, who was governor of New York from 1777 to 1795 and U.S. Vice President from 1805 to 1812. James Clinton’s first wife was Mary DeWitt, daughter of an old Dutch family. Sons with her included DeWitt Clinton, later Governor of New York and George Clinton, Jr., who served in Congress. His second wife was Mrs. Mary Gray, and his children with her included James G. Clinton, who served in Congress.

James Clinton’s military experience began in the French and Indian War, starting with an ensign’s commission in 1757. He achieved the rank of captain in 1759. In 1758, commanding a company, he participated, along with his father (Colonel) and brother George (Lieutenant), in General John Bradstreet’s capture of Fort Frontenac (now Kingston, Ontario). He and his brother played a key role in capturing a French vessel.

James remained in the army, stationed at various frontier posts until the end of the war in 1763. He then retired and married Mary De Witt.

During the American Revolution, Clinton was commissioned as a colonel of the 3rd New York Regiment, which took part in Brig. Gen. Richard Montgomery’s unsuccessful expedition to Quebec in 1775. In March 1776, Clinton took command of the 2nd New York Regiment and soon after, in August, was promoted to brigadier general in the Continental Army.

He served most of the war in the Northern Department, along the New York frontier. During the Saratoga Campaign in 1777, he commanded Fort Clinton in the Hudson Highlands. He participated in a successful effort to prevent British General Sir Henry Clinton from rescuing General John Burgoyne at Saratoga, but he and his troops were unable to hold Forts Clinton and Montgomery.

In 1779 Clinton led an expedition down the Susquehanna River after making the upper portion navigable by damming up the river’s source at Otsego Lake, allowing the lake’s level to rise, and then destroying the dam and flooding the river for miles downstream. This event is described by James Fenimore Cooper in the introduction to his popular novel The Pioneers. At Tioga, New York, Clinton met up with General John Sullivan’s forces, who had marched from Easton, Pennsylvania. Together, on August 29, they defeated the Tories and Indians at the Battle of Newtown (near today’s city of Elmira, New York). This became known as the “Sullivan-Clinton Campaign” or the “Sullivan Expedition.”

In 1780, Clinton temporarily commanded the Northern Department. By October 1781, his brigade had joined George Washington’s army in the siege of Yorktown.

In 1783 General Clinton became an original member of the New York Society of the Cincinnati.

After the war, as a civilian, he served on the commission defining the New York-Pennsylvania boundary and as a delegate to the New York state convention that approved the U.S. Constitution. Clinton died in Little Britain, New York, on September 22, 1812, the same year as his brother George.