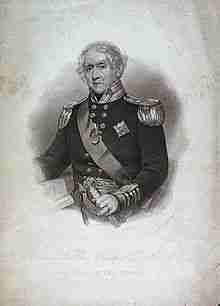 He was born James Hawkins in Raphoe, County Donegal, the third son of James Hawkins, the Church of Ireland’s Bishop of Raphoe, and his wife Catherine Keene Hawkins. His name was carried on the muster roll of the sloop {HMS|Ranger|1752|2} on the Irish Station in 1773, and on that of the {HMS|Kent|1762|2}, the guard ship at Plymouth, the next year.

The first ship in which Hawkins actually served at sea was the 20-gun sixth-rate {HMS|Aldborough|1756|2}, commanded by Captain William Bennett, whom he accompanied to Newfoundland in 1775. He afterwards served under Sampson Edwards in the schooner Canada, and after the loss of that vessel, returned to England with Admiral Robert Duff in the {HMS|Romney|1762|2}.

He was then assigned to the frigate {HMS|Diamond|1774|2}, under Captain Charles Fielding. In May 1776, Diamond escorted a convoy carrying a large detachment of British and foreign troops to America. In 1778, Hawkins served for a time as a lieutenant in the {HMS|Rainbow|1747|2}, under Captain Sir George Collier, and after being confirmed in his rank by Lord Howe on 4 September 1778, he returned to England in the {HMS|Iris|1777|2}.

On his arrival he was appointed to the frigate {HMS|Amazon|1733|2}, where he remained until the end of 1779. He then served aboard the 90-gun ship {HMS|Sandwich|1759|2}, the flagship of Admiral Sir George Rodney. Hawkins consequently saw action in the capture of the Caracas Company convoy on 8 January 1780, and the “Moonlight Battle” on 16 January, when Rodney defeated a Spanish squadron under Don Juan de Lángara off the southern coast of Portugal.

Hawkins was promoted to commander on 10 February 1780, and given command of the 14-gun sloop {HMS|St Vincent|1780|2} (formerly the Spanish San Vicente of the Caracas Company) and sailed with Rodney from Gibraltar to the West Indies, seeing action again in the Battle of Martinique on 17 April 1780. On the day after the battle, on 18 April, he was promoted to captain and given command of the 20-gun frigate {HMS|Deal Castle|1756|2}.

Deal Castle and the sloop-of-war {HMS|Chameleon|1777|2} were anchored in Gros Islet Bay, Saint Lucia, when in early October 1780 the “Great Hurricane” struck the island. The two ships made for the relative safety of the open sea, but Deal Castle was wrecked on the coast of Puerto Rico. Three of the crew were killed, but the rest escaped on rafts to the safety of the land. They were promptly imprisoned by the Spanish, and held for two months, before being released and sent to Tortola. Hawkins made his way to St. Eustatia, where he found Admiral Rodney. Having passed the ordeal of a court-martial for the loss of his ship, he returned to England in a packet with despatches from the Admiral.

Hawkins was appointed to command of the newly built 32-gun fifth-rate {HMS|Ceres|1781|2} at Liverpool in July 1781. Ceres returned to America in May 1782, conveying Sir Guy Carleton, the new Commander-in-Chief, North America to his command. Ceres remained in America until its final evacuation in December 1783, when Hawkins returned to England, where in February 1784, Ceres was paid off.

After a short stay on shore, Hawkins took command of the {HMS|Rose|1783|2}, which had been intended for the Mediterranean, but was subsequently sent to Leith, Scotland, where she remained till 1785, before being put out of commission.

Hawkins took advantage of the peace to attend lectures in astronomy at the University of Oxford in 1786, and travelled extensively throughout Europe, visiting The Hague, Hamburg, Lübeck, Reval, Saint Petersburg, Copenhagen, and Paris.

In 1791, following the provisions of a will of a cousin, he added the surname of his maternal grandmother, Whitshed, to his own, in order to inherit properties that had once belonged to the Lord Chief Justice of Ireland William Whitshed. On 11 December 1791 Hawkins-Whitshed married Countess Sophia Henrietta Bentinck, the daughter of Captain John Bentinck.

In June 1793, after the outbreak of war with Revolutionary France, Hawkins-Whitshed was appointed to command of the 74-gun ship {HMS|Arrogant|1761|2}, on the home station. In March 1795, he moved to the 90-gun second-rate ship of the line {HMS|Namur|1756|2}, and after cruising for some time with the Channel Fleet, sailed with Rear Admiral William Parker to reinforce Sir John Jervis in the Mediterranean. On 14 February 1797, Hawkins-Whitshed took part in the battle of Cape St. Vincent, where Jervis gained a notable victory over a Spanish fleet. Hawkins-Whitshed, with the rest of the officers of the squadron, received the thanks of Parliament, and was presented with a gold medal. Hawkins-Whitshed returned to England, where in January 1798 he was appointed to the 80-gun ship {HMS|Ajax|1798|2}, but after only six months was transferred to the 98-gun {HMS|Formidable|1777|2}, in which he remained after his promotion to the rank of rear admiral on 14 February 1799.

Upon the death of Sir Charles Thompson in March 1799, Hawkins-Whitshed hoisted his flag on board the 110-gun first-rate ship {HMS|Queen Charlotte|1790|2} and sailed for the Mediterranean. He soon returned to England, taking command of the {HMS|Temeraire|1798|2} in the Channel Fleet in November 1799. He remained there until the temporary peace occasioned by the Treaty of Amiens in March 1802.

On 2 January 1815 Hawkins-Whitshed was made a Knight Commander of the Most Honourable Military Order of the Bath (KCB), receiving the award from the Prince Regent at Carlton House, London, on 11 April 1815.

In February 1821, following the sudden death Sir George Campbell, he was appointed Commander-in-Chief, Portsmouth serving there until March 1824.

On 17 November 1830 he was made a Knight Grand Cross of the Most Honourable Military Order of the Bath (GCB), receiving the award on 1 December 1830.

On 1 May 1834 he was made a baronet of the United Kingdom of Great Britain and Ireland, of Killincarrick, in the county of Wicklow, and of Jobstown, in the county of Dublin, and the heirs “male of his body lawfully begotten.”

He received promotion by seniority to the highest rank in the Navy, Admiral of the Fleet, on 8 January 1844. Hawkins-Whitshed died at his home in Cavendish Square, London, on 28 October 1849.