On 18 August 1771 he was promoted by his father to the rank of lieutenant, and on 11 September 1773 to be commander of the sloop {HMS|Tamar|1773|6}. In her, and afterwards in the {HMS|Kingfisher|1770|6}, he continued on the North American station, and on 14 November 1775 he was posted to {HMS|Mercury|1756|6}. In December 1776 he was sent to England with the despatches announcing the capture of Rhode Island by Sir Peter Parker and General Clinton.

He then returned to North America; but on 24 December 1777, coming down the North (or Hudson’s) River, the Mercury struck on a hulk which the enemy had sunk in the fairway, and became a total wreck. Montagu was tried by court-martial at New York, but acquitted of all blame, and in July 1778 he was appointed to the frigate {HMS|Medea|1778|6}, which for the next two years he commanded on the home station, cruising in the North Sea, in the Channel, or occasionally as far south as Lisbon.

In October 1780 he was moved into the frigate {HMS|Juno|1780|6}, and, after a year of similar service in the Channel, in February 1782 sailed with Sir Richard Bickerton for the East Indies. The Juno arrived at Bombay in August 1782, and on 20 June 1783 was present at the action off Cuddalore, the last between Sir Edward Hughes and the Bailli de Suffren.

Montagu returned to England in the beginning of 1785, and being then unable to obtain employment afloat he went, in October 1786, to France on a twelve-months’ leave. In October 1787 he was back in England, but had no employment till the outbreak of the revolutionary war, when at his own special request—apparently on account of the name—he was appointed to the 74-gun third rate {HMS|Montagu|1779|6}, one of the grand fleet under Lord Howe during the campaigns of 1793 and 1794.

In the battle off Ushant, on 1 June 1794, Montagu was killed. A monumental statue, by Flaxman, is in Westminster Abbey. 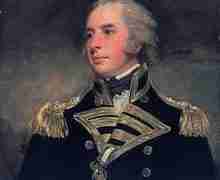