James Smith (September 17, 1719 – July 11, 1806), was a signer to the United States Declaration of Independence as a representative of Pennsylvania.

He was born in Province of Ulster, Ireland; his family immigrated to Chester County, Pennsylvania, when he was about two years old. He studied law at the office of his brother George and was admitted to the bar in Pennsylvania, initially practicing near Shippensburg, and later near York. He became captain of the militia there. He was appointed to the provincial convention in Philadelphia in 1775, to the state constitutional convention in 1776, and was elected to the Continental Congress. He was reelected to Congress in 1785 but declined to attend because of his advanced age.

Smith is buried in York, Pennsylvania.

Smith was also an alumnus of the University of Delaware, which has a new dorm on its North Campus bearing his name. 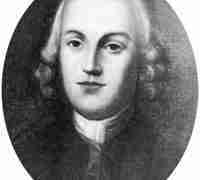