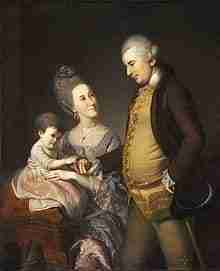 John Cadwalader (January 10, 1742 – February 10, 1786) was a commander of Pennsylvania troops during the American Revolutionary War.

John Cadwalader was born in Trenton, New Jersey of Quaker parentage, the eldest son of Thomas Cadwalader (1707–1779) and Hannah Lambert, his wife. In 1750, the Cadwalader family removed to Philadelphia where John and Lambert Cadwalader, his brother, were merchants.

In 1776, Colonel John Cadwalader was elected senior officer of the Philadelphia Associators, a volunteer militia founded by Benjamin Franklin in 1747. By December, Cadwalader and the Associators were positioned about 10 miles south of Trenton on the west side of the Delaware River in Bucks County, Pennsylvania at the ferry between Bristol, Pennsylvania and Burlington, New Jersey. Cadwalader had received orders to send his column across the river on the night of December 25–26 and march to Trenton from the south. Meanwhile, George Washington’s column would cross the river to the north of Trenton and attack the city from that direction. After successfully crossing his light forces, Cadwalader discovered that river ice prevented crossing his artillery. He then returned his column to the Pennsylvania side, leaving Washington’s forces unsupported in New Jersey. It was fortunate for Washington that a Hessian column, having marched from their garrison at Bordentown to Mount Holly where they were engaged in the Battle of Iron Works Hill, were no longer in position to defend Trenton. Washington was successful in his surprise attack on the morning of December 26 against the Hessian garrison in Trenton.

Cadwalader and his column did cross the river the next day. Cadwalader subsequently took part in the further actions in New Jersey, which forced the British commander General William Howe and his principal subordinate, Lord Cornwallis, to surrender the state to the Americans.

After the Conway Cabal, he fought a duel with Thomas Conway in 1778 in which Cadwalader wounded his opponent with a shot in the mouth.

In 1779, Cadwalader became a trustee of the University of Pennsylvania and returned to his estate on the banks of the Sassafras River at Shrewsbury, Kent County, Maryland. He became a member of the Maryland State Assembly.

His early and inflexible patriotism will endear his memory to all true friends of the American Revolution. It may with strictest justice be said of him, that he possessed a heart incapable of deceiving. His manners were formed on the nicest sense of honor and the whole tenor of his life was governed by this principle. The companions of his youth were the companions of his manhood. He never lost a friend by insincerity nor made one by deception. His domestic virtues were truly exemplary and while they served to endear the remembrances they embitter the loss of him to all his numerous friends and connexions.

John and Elizabeth Cadwalader built a city house at 2nd & Union (now Delancey) Streets in Philadelphia in 1770, and commissioned suites of furniture from cabinetmakers such as Thomas Affleck and Benjamin Randolph. Surviving pieces are among the finest and best-documented Philadelphia Chippendale furniture ever made. Examples are in the Metropolitan Museum of Art, the Philadelphia Museum of Art, the Winterthur Museum, and other collections. A Cadwalader easy (wing) chair with hairy-paw feet by Affleck sold at Sotheby’s New York for $2.75 million on January 31, 1987, setting a world record for the highest price ever paid for any piece of furniture at auction. 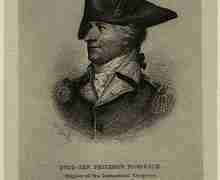