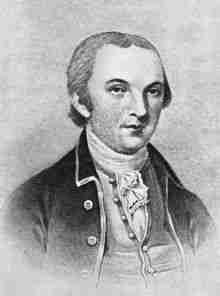 John Cochran (September 1, 1730 – April 6, 1807) was the 4th Surgeon General of the Continental Army during the American Revolution.

Cochran was born in Sadsbury, Pennsylvania{disambiguation needed|date=October 2012}, the son of Irish immigrants. He served as physician under Lieutenant-Colonel John Bradstreet during his march on Fort Frontenac in 1758. He was one of the founders of New Jersey Medical Society and served as its president in 1769.

He was married to Gertrude Schuyler, sister of Gen. Philip Schuyler. Cochran’s descendants added a final e to the family name. His grandson was General John Cochrane.

The John Cochran Veterans Medical Center in St. Louis, Mo is named in his behalf.