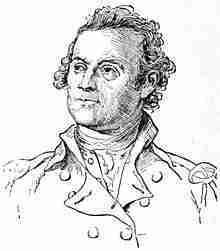 John Glover (November 5, 1732 – January 30, 1797) was an American fisherman, merchant, and military leader from Marblehead, Massachusetts, who served as a Brigadier General in the Continental Army during the American Revolutionary War.

Glover was born in Salem, Massachusetts, the son of a house carpenter. His father died when he was four years old, and shortly thereafter his family moved to the nearby town of Marblehead. As a young man, Glover became a cordwainer and rum trader and eventually a ship owner and merchant. He married Hannah Gale in October 1754.

Following the Boston Massacre in 1770, Committees of Correspondence were formed. Marblehead elected Glover along with future revolutionists Elbridge Gerry and Azor Orne to committee posts. After the First Continental Congress passed the non-importation agreements sanctioning trade with the British, Glover was elected to enforce the embargo as a member of the committee of inspection.

Glover was active in the militia for many years before the Revolution, with his earliest service dating back to 1759. In 1775 he was elected lieutenant colonel of the 21st Massachusetts Regiment from Marblehead, and became commander of the unit after the death of Colonel Jeremiah Lee in April 1775. Glover marched his regiment to join the siege of Boston in June 1775. At Boston, General George Washington chartered Glover’s schooner Hannah to raid British supply vessels, the first of many privateers authorized by Washington. For this reason the Hannah has been called the first vessel of the United States Navy.

The Marblehead militia or “Glover’s Regiment” became the 14th Continental Regiment. This regiment became known as the “amphibious regiment” for their vital nautical skills. It was composed almost entirely of fishermen. After Washington lost the Battle of Long Island in August 1776, Glover’s Marbleheaders evacuated the army to Manhattan in a surprise nighttime operation, saving them from being entrapped. In subsequent actions of the New York campaign the regiment fought well against the British at Kip’s Bay and Pell’s Point. The last action of the regiment was its most famous: ferrying Washington’s army across the Delaware River for a surprise attack at Trenton in December 1776. The regiment was disbanded as enlistments expired at year’s end.

Glover went home to tend to his sick wife and look to business affairs. He turned down a promotion to brigadier general in February 1777, but rejoined the war after a personal appeal from General Washington. He served in the successful Saratoga campaign in 1777 and the failed Battle of Rhode Island in 1778. He was stationed along the Hudson River for the remainder of the war, guarding against British moves up the river from New York City.

Hannah, Glover’s first wife, died in 1778. He married again in 1781 to Frances Fosdick. He retired from the army in 1782 in poor health. Failing to secure a job with the U.S. federal government, he served in various local offices in his remaining years. He died at age 64 in Marblehead, Massachusetts, after contracting hepatitis and was buried in Old Burial Hill (Marblehead, Massachusetts).

Various things have been named in his honor. On November 20, 1783, he was awarded the charter for the town of Glover, Vermont, as its prime proprietor, in honor of his service. The frigate USS Glover was named for him. Glover’s Rock in the Bronx is a memorial to him and Glover School in Marblehead was named after him in 1916. There is a statue of General John Glover on Commonwealth Avenue in Boston. The General John Glover House is located in Marblehead. Glover Field in Pelham, New York, is named for him. 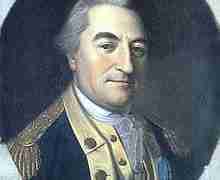