John Lamb (1735–1800) was an American soldier, politician, and Anti-Federalist organizer. During the American Revolutionary War he led the 2nd Continental Artillery Regiment.

He was born January 1, 1735 in New York City, the son of Anthony Lamb. His father was a convicted burglar who was transported to the colonies in the 1720s. John was initially trained as an optician and instrument maker in New York City and became a prosperous wine merchant.

Prior to the Revolutionary War, Lamb was a leading member of the Sons of Liberty. He wrote articles in the and published anonymous handbills. When the news of the Battles of Lexington and Concord was received he and his men seized the military stores at Turtle Bay.

He was commissioned a captain of an artillery company and served under Richard Montgomery and Benedict Arnold in the Battle of Quebec. He was wounded and captured at the assault on Quebec city and was released on parole a few months later. He was appointed major of artillery on January 9, 1776. In January 1777 he was appointed colonel of the 2nd Continental Artillery Regiment. He commanded the artillery at West Point, New York in 1779 and 1780. During the campaign and Siege of Yorktown, Lamb continued to command the 2nd Regiment. A monthly strength report from September 26, 1781 showed 200 officers and men under Lamb’s command. On October 9th, Lamb was the Officer of the Day when General Washington fired the first American cannon to open the siege. During the siege, the artillery served with distinction.

The artillery detachment, and Lamb’s artillery in particular, were accorded high praise by both Washington and General Henry Knox, chief of artillery for the Continental Army. A General Order from the Commander-in-Chief relayed his thanks and appreciation to Lamb’s artillery unit.

After the British surrender, Lamb was placed in temporary command of all the artillery, and oversaw its return to New York.

He was breveted a brigadier general on September 30, 1783.

In 1784 he was appointed Collector of the Port of New York by the Congress of the Confederation, and retained the post during the Washington administration. He was dismissed by President John Adams in 1797 after his deputy was accused of defrauding the government of tax revenues. 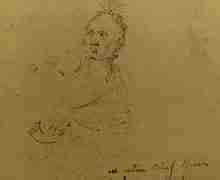 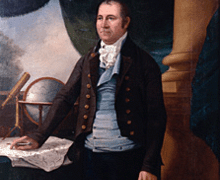