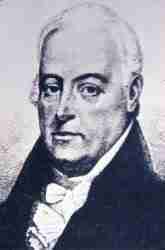 Lansing studied law with Robert Yates in Albany, NY and was admitted to practice in 1775. From 1776 until 1777 during the Revolutionary War Lansing served as a military secretary to General Philip Schuyler. Afterwards he was a member of the New York State Assembly from 1780 to 1784, in 1785-86, and 1788–89, being its speaker during the latter two terms. He served New York as a member of the Confederation Congress in 1785. In 1786, he was appointed Mayor of Albany. He represented New York as one of three representatives at the Constitutional Convention in 1787. His intentions at the convention were to follow the wishes of the New York Legislature which had elected him to attend. He was authorized only to amend the existing Articles of Confederation. As the convention progressed, Lansing became disillusioned because he believed it was exceeding its instructions. Lansing believed the delegates had gathered together simply to amend the Articles of Confederation and was dismayed at the movement to write an entirely new constitution. His desire was to see the Articles strengthened giving it a source of revenue, the power to regulate commerce, and to enforce treaties. He joined other prominent Anti-Federalists that strongly opposed Alexander Hamilton, James Wilson and James Madison’s notions of a strong centralized national government to replace the Articles. He, Luther Martin of Maryland, George Mason of Virginia and Robert Yates also of New York strongly opposed the newly proposed United States Constitution because they thought it was fundamentally flawed and should be rejected because it infringed on the sovereignty of the independent States and did not do enough to guarantee individual liberty. Both he and Robert Yates walked out after 6 weeks and explained their departure in a joint letter to New York Governor George Clinton. Lansing and Yates never signed the constitution. At the New York Ratifying Convention that followed, he along with Melancton Smith took the lead in the debates as the leaders of the Anti-Federalist majority. Their attempts to prevent ratification ultimately failed by a narrow vote of 30 to 27. He was appointed a Justice of the New York State Supreme Court in 1790 and on 15 February 1798 he was elevated to the post Chief Justice. In 1801, he also became the second Chancellor of New York, succeeding hi Robert R. Livingston. In 1814 he became a regent of the University of New York.

On the evening of December 12, 1829, he left his Manhattan hotel to mail a letter at a New York City dock and was never seen again. Lansing was 75 years old and was presumed drowned or perhaps murdered. A cenotaph was erected at Albany Rural Cemetery. His widow died in 1834.

His fate was a major mystery in New York State at the time, rivaled only by the disappearance of William Morgan, the anti-Mason writer, in 1826 in upstate New York. In the last century it has somehow become rather forgotten, especially with the disappearance of New York State Justice Joseph Force Crater in 1930. There has been only one major clue to Lansing’s disappearance that has appeared since his death. After his death in 1882 the memoirs of Thurlow Weed, former Republican political leader in New York State, were published by Weed’s grandson T.W. Barnes. Weed wrote that Lansing had been murdered by several prominent political and social figures who found he was in the way of their projects.

Weed was told this by an unnamed individual, who showed him papers to prove it, but begged Weed not to publish these until all the individuals had died. Weed said they were all dead by 1870, but he found that their families were all highly respected, and upon advice of two friends he decided not to reveal the truth because it would hurt innocent people. And that was the last anyone ever heard of a possible resolution to the mystery.