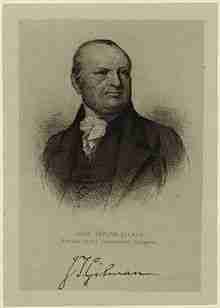 He is the first Governor of New Hampshire not to have a place in the state named after him. The town of Gilmanton, settled by 24 members of the extended Gilman clan, was named for the family as a whole and not for the governor. Gilman was married to Deborah (Folsom) Gilman, the daughter of Major General Nathaniel Folsom of Exeter.