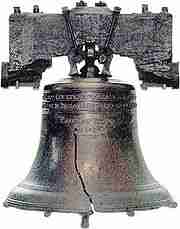 The Liberty Bell Museum (also the Liberty Bell Shrine Museum) is a non-profit organization and museum located in Zion’s United Church of Christ (formerly Zion’s Reformed Church) in Allentown, Pennsylvania, in the United States. The museum, based in the church in which the Liberty Bell was hidden during the American Revolutionary War, contains exhibits relating to the Liberty Bell and subjects including liberty, freedom, patriotism and local history. The shrine was founded in 1962 by Dr. Morgan D. Person. Between 1962 and 1971, Interstate 178 was planned to go through the location of the museum, but opposition cancelled the expressway.

After Washington’s defeat at the Battle of Brandywine on September 11, 1777, the revolutionary capital of Philadelphia was defenseless, and the city prepared for what was seen as an inevitable British attack on the city. The Supreme Executive Council of the Commonwealth of Pennsylvania ordered that eleven bells, including the State House bell and the bells from Christ Church and St. Peter’s Church, be taken down and removed from the city to prevent the British, who might melt the bells down to cast into cannons, from taking possession of them. A train of over 700 wagons, guarded by 200 cavalry from North Carolina and Virginia and under the command of Colonel Thomas Polk of the 4th Regiment North Carolina Continental Line, left Philadelphia for Bethlehem, Pennsylvania in the Lehigh Valley. Hidden in the manure and hay were the bells, and hidden in the wagon of Northampton County militia private John Jacob Mickley was the State House bell. On September 18, the entourage and armed escort arrived in Richland Township (present-day Quakertown, Pennsylvania). On September 23, the bishop of the Moravian Church in Bethlehem reported that the wagons had arrived, and all bells except the State House bell had been moved to Northampton-Towne (present-day Allentown, Pennsylvania). The following day, the State House bell was transferred to the wagon of Frederick Leaser and taken to the historic Zion’s Reformed Church in center city Allentown, where it was stored (along with the other bells), under the floorboards. On September 26, British forces marched into Philadelphia, unopposed, and occupied the city. The bell was restored to Philadelphia in June 1778, after the end of the British occupation.

The museum serves as the headquarters of the Allentown Flag Day Association, which was established on July 3, 1907 by local residents Joe Hart and General Harry Clay Trexler. It is the oldest incorporated Flag Day Association in the United States. The Association’s most notable event occurred in 1922, when 50,000 people attended an event honoring General John J. Pershing with an award.

In 2003, the Liberty Bell Museum became the permanent home of Pip the Mouse, a puppet that was part of the show, “The Mouse Before Christmas.” The holiday show was performed at Hess’s, a now-defunct local department store, from 1962 to 1995, and the character of Pip became regionally famous among children and a staple of the store’s advertising and marketing campaigns.