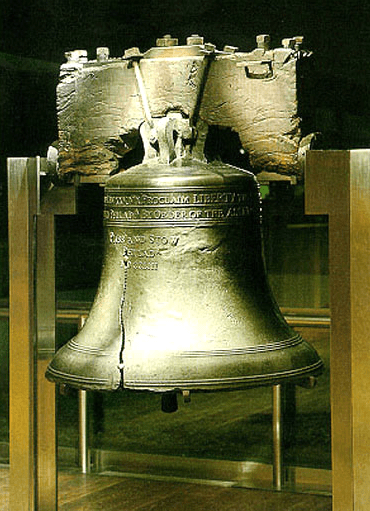 This is the Liberty Bell.  John Pass and John Stow recast this bell twice in Philadelphia in 1753.  It was first cast in 1752 in London, at the White Chapel Bell Foundry.  The bell was originally obtained to hang in the tower of the Pennsylvania State House, where it rand for many years.  The State House is now commonly referred to as Independence Hall.  The bell is made of copper, some tin is applied, and it is mounted to a wooden frame of elm wood.  It measures around 55″ high x 44.5″ wide and has a diameter of 46.5″ at its base.  For source and more details, click here.