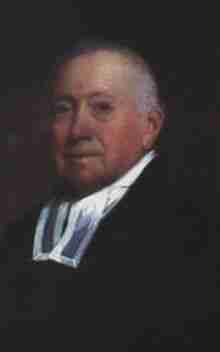 Manasseh Cutler (May 13, 1742 – July 28, 1823) was an American clergyman involved in the American Revolutionary War. Cutler was also a member of the United States House of Representatives and the leading person involved with the founding of Ohio University.

Cutler was born in Killingly, Connecticut. In 1765, he graduated from Yale College and after being a school teacher in Dedham, Massachusetts and a merchant – and occasionally appearing in court as a lawyer – he decided to enter the ministry. From 1771 until his death, he was pastor of the Congregational church in what was the parish of Ipswich, Massachusetts until 1793, now Hamilton.

For a few months in 1776, he was chaplain to the 11th Massachusetts Regiment commanded by Colonel Ebenezer Francis, raised for the defense of Boston. In 1778, he became chaplain to General Jonathan Titcomb’s brigade and took part in General John Sullivan’s expedition to Rhode Island. Soon after his return from this expedition he trained in medicine to supplement the scanty income of a minister. In 1782, he established a private boarding school, directing it for nearly a quarter of a century.

In 1786, Cutler became interested in the settlement of western lands by American pioneers to the Northwest Territory. The following year, as agent of the Ohio Company of Associates that he had been involved in creating, he organized a contract with Congress whereby his associates (former soldiers of the Revolutionary War) might purchase one and a half million acres (6,000 km²) of land at the mouth of the Muskingum River with their Certificate of Indebtedness. Cutler also took a leading part in drafting the famous Ordinance of 1787 for the government of the Northwest Territory, which was finally presented to Congress by Massachusetts delegate Nathan Dane. In order to smooth passage of the Northwest Ordinance, Cutler bribed key congressmen by making them partners in his land company. By changing the office of provisional governor from an elected to an appointed position, Cutler was able to offer the position to the president of Congress, Arthur St. Clair. From 1801 to 1805, Cutler was a Federalist representative in Congress.

Cutler was one of the early members of the American Academy of Arts and Sciences. Besides being proficient in the theology, law and medicine of his day, he conducted painstaking astronomical and meteorological investigations and was one of the first Americans to conduct significant botanical research. He is considered a founder of Ohio University and the National Historic Landmark Cutler Hall on that campus is named in his honor. He received the degree of Doctor of Laws from Yale University in 1789.

Cutler died in 1823 at Hamilton, Massachusetts. 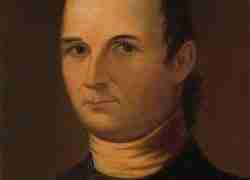